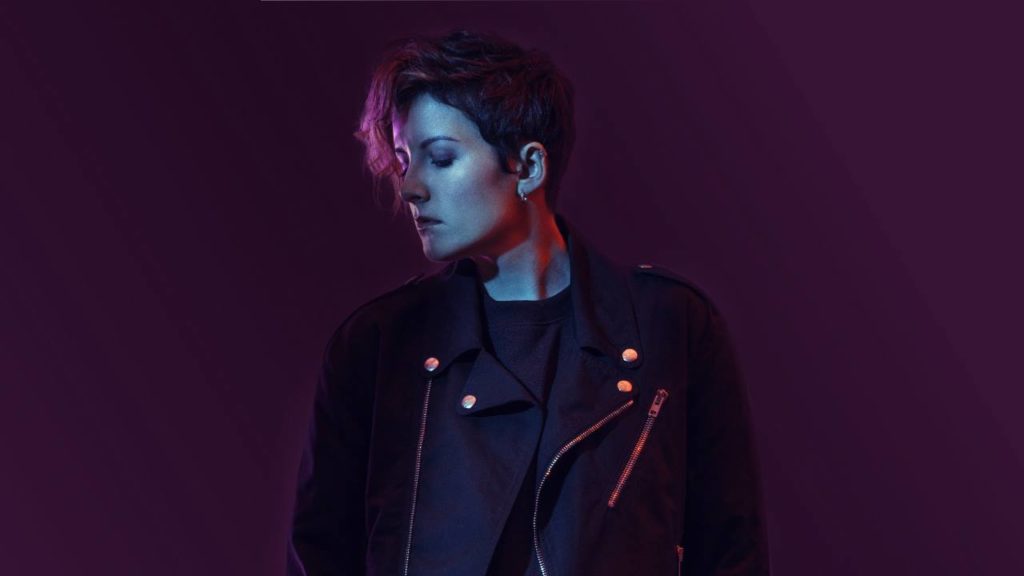 Ria Mae is set to release a brand new EP this autumn, falling in line with the Never Coming Down tour, kicking off November 1st in Quebec City. The tour takes its name from a lyric on the forthcoming EP and hits twenty-one cities across Canada and New York State including Montreal, Toronto, Vancouver, and arriving in Campbell River on November 30th. The album is centered on the concept of finding hope and light in a dark dystopian world. The lead single off the EP “Hold Me” is set for release September 28th. Both the new music and tour reflect a sonic and visual evolution for Ria Mae. As part of this transformation she has partnered with internationally renowned cosmetics company MAKE UP FOR EVER to help bring her vision to life through makeup.

Ria’s forthcoming EP is a follow-up to the critically acclaimed My Love . The EP’s first single “Bend” became an instant hit, skyrocketing to Top 5 at Hot AC, Top 15 at AC, and Top 15 at CHR radio, reaching platinum certification status. Ria was nominated for “Album of the Year” at the 2018 JUNO Awards for My Love. Two years earlier, Ria also earned a JUNO nomination for “Single of the Year” for her platinum-selling hit “Clothes Off”.

Joining Ria on the tour is pop-synth songwriter, RALPH. Born and raised in Toronto, Ralph (Raffa Weyman) personifies real glamour, dancing in the intersection between the contemporary vision of artists like Solange and Kali Uchis, and the allure of yesteryear that iconized David Bowie, Cher, Prince and Stevie Nicks. Ralph’s music is no different; it’s catchy but cool, sexy but smart, edgy but evocative. With an emphasis on lyrics and storytelling, pulling from her personal life experiences, Ralph’s songs are special because they are honest and relatable. With little more than talent and a vision, she has built an incredible following in the USA, Canada and Europe. In just over a year she has picked up over 15 millions streams on Spotify, rightly gaining her a place on Spotify’s ‘Ones To Watch’ list and her own billboard in Toronto’s Dundas Square. With features on Noisey, Fashion Magazine, Fader, Nylon, Wonderland, Billboard, she has secured her spot not only as a musical talent but a style purveyor to boot. As if this wasn’t enough, Ralph’s consistency and inspiration through photography and video leaves little to be desired. The videos for ‘Cold To the Touch’, ‘Tease’ and ‘September Fades’ move past the classic “music video” into short films, if not just for their unique style but for their ambition, confidence and tone. With her debut full length album on the way, audiences are excited to see what Ralph has up her sleeves for the next year.

A special guest appearance will also be made by the Halifax duo, Neon Dreams (Kadillac and Adrian Morris). Known for their high-energy live performances and irresistible, radio-friendly bops, Neon Dreams first turned heads in 2016 with their gold-certified single, “Marching Bands.” Two EPs – 2016’s To You and last year’s Wolf, Princess & Me – followed, setting up the band’s anticipated debut full-length slated for early 2019.

Sponsored by the Campbell River Mirror, What’s On Digest and Coast Discovery Inn, the Tidemark Theatre proudly presents, Ria Mae w/ RALPH & special guest Neon Dreams at the Tidemark Theatre on November 30, 2018.   Tickets are $24.50 for Members or $29.50 for Non Members (+applicable taxes and fees) and can be purchased at the Box Office Tuesday through Thursday between 12pm and 4pm.  Tickets are also available online:  tidemarktheatre.com OR 287.PINK!