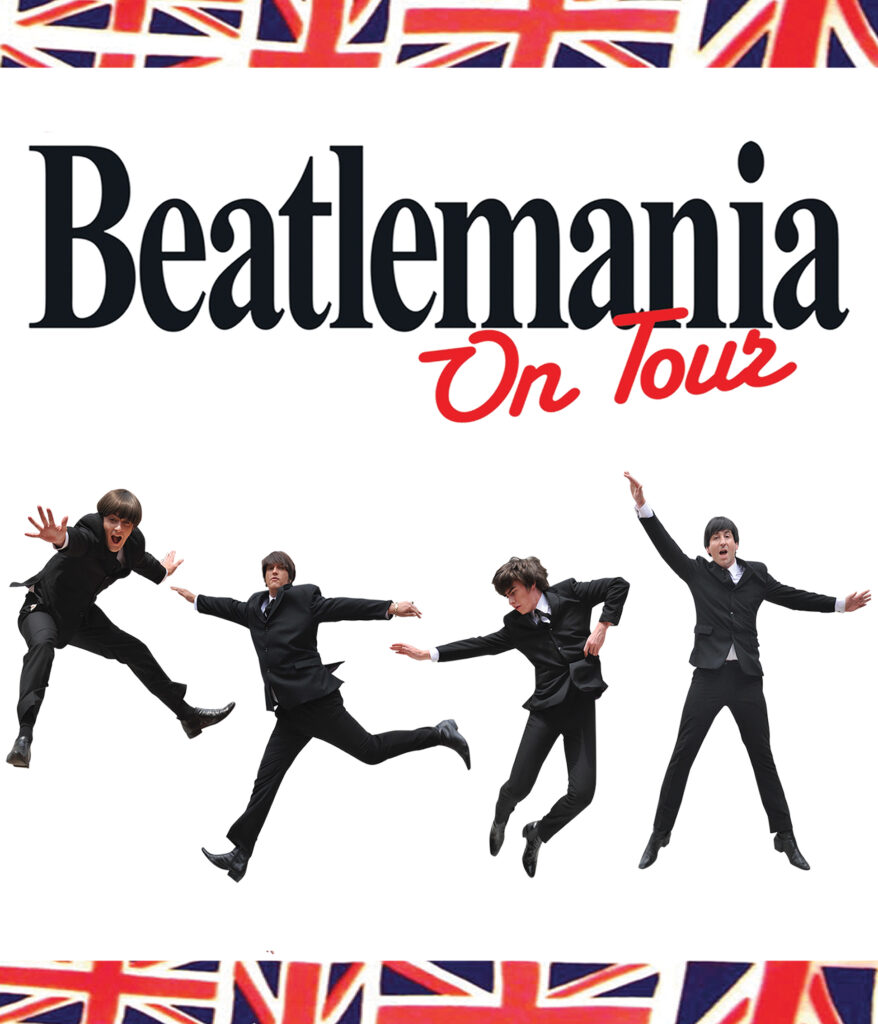 Relive the heyday of the world’s favourite Pop act with Beatlemania On Tour, the complete live tribute show that recreates a true Beatles experience – authentic costumes, replica instruments and all songs performed with exquisite attention to detail and in their original key! With sold-out shows across the US, Canada, Dubai, Hong Kong, South Africa and New Zealand this is a must-see spectacular for all Beatles fans!

Bringing a full new cast for the show’s tour in North America, fans can expect a fresh experience with stateof-the-art updates to production and lighting and revamps to the show’s huge repertoire of replica Beatles costuming.

Of course all the Beatles’ biggest and most treasured hits will still be performed live – in their original key and on replica Beatles instruments – with unseen attention to detail creating the sincerest Beatles sound around.

The new cast of Cameron Charters (as Paul McCartney), Zac Coombs (as John Lennon), Brent McMullen (as George Harrison) and Ben Harper (as Ringo) has been in full-time rehearsals for months ahead of this, their debut tour with the show.

“There is so much detail to get right for a show of this calibre; aside from getting the music spot-on we’re expected to nail the characters, voices, little movements. It’s a lot of work but it’s worth it when you see the end result and know that real Beatles’ fans will appreciate it,” says Charters.

With previous sold-out shows across the US, Canada, Dubai, Hong Kong, New Zealand and South Africa under its belt, the production is looking to uphold its reputation as one of the world’s best Beatles tributes, and producers are confident it will do just that.