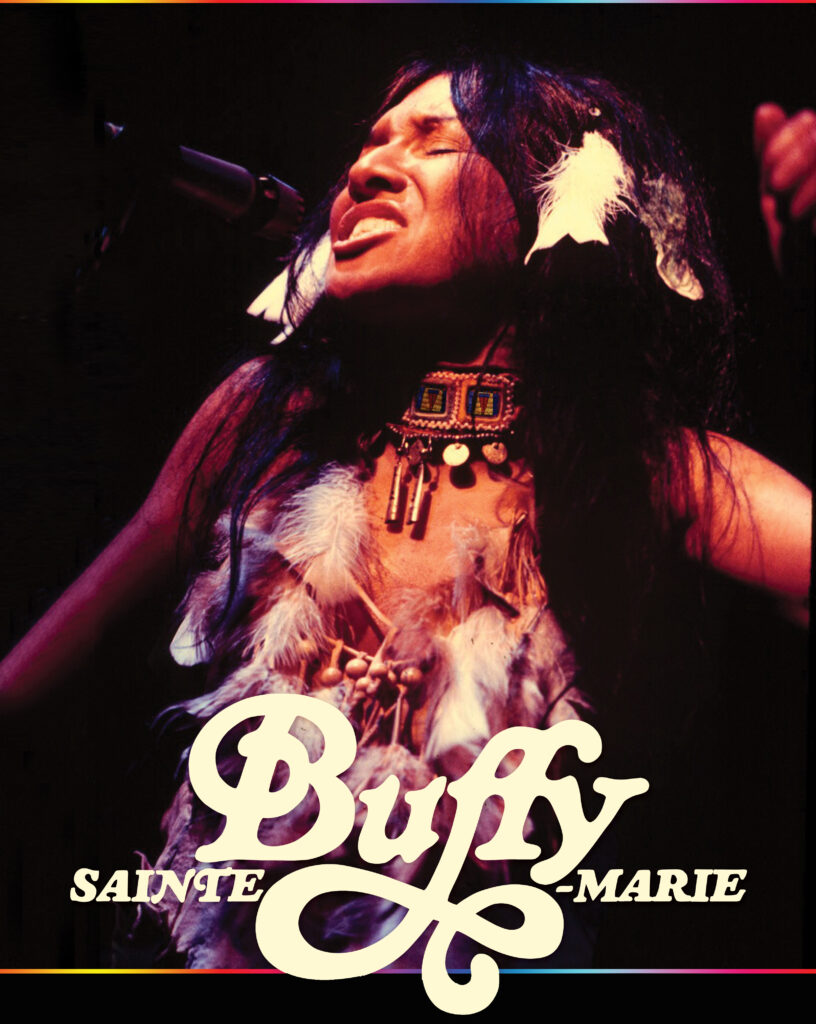 Academy Award winner Buffy Sainte-Marie’s audacious attitude to life on and off the stage has inspired people around the world for over four decades. Not one to rest on her accomplishments, Buffy Sainte-Marie has never stopped channelling her infinite musical and artistic creativity. As one of the most spellbinding artists of our time, Buffy Sainte-Marie gracefully combines a high energy stage presence with cerebral songs that tell powerful stories. This rare and primal blend is a welcome joy to festivals and concert halls around the world.

Since her first concert tours, Buffy Sainte-Marie has continued to grow her music in parallel with a remarkably diverse life of esteemed awards, political blacklisting, education, and fun. As one of the most singular artists of our time, she has created 17 albums of her music, three of her own television specials, spent five years on Sesame Street, scored movies, raised a son, earned a Ph.D. in Fine Arts, taught Digital Music as adjunct professor at several colleges and won both a Golden Globe and an Academy Award Oscar for the song, “Up Where We Belong.”

Buffy Sainte-Marie virtually invented the role of Native American international activist pop star. Her concern for protecting indigenous intellectual property and her distaste for the exploitation of Native American artists and performers have kept her in the forefront of activism in the arts for forty years. Presently she operates the Nihewan Foundation for Native American Education through which the Cradleboard Teaching Project serves children and teachers throughout North America.