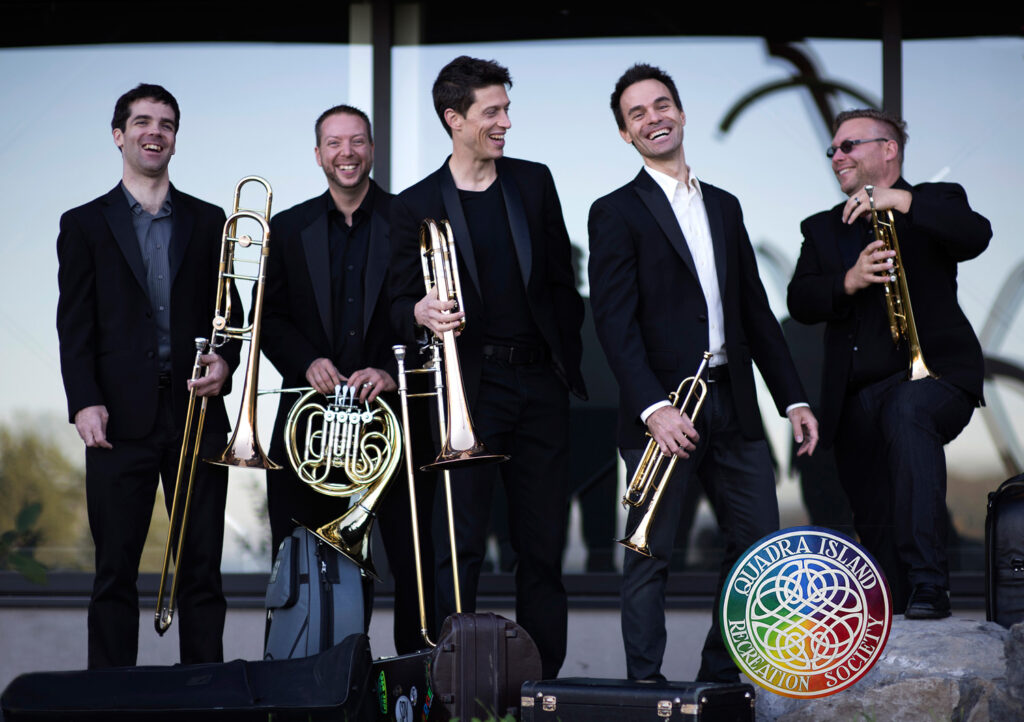 BUZZ, the brass quintet from Quebec, offers an impressive range of musical styles, from the Renaissance to the present day. Its playlist includes classics from the brass-quintet repertoire and, to spice things up, exclusive compositions and arrangements.

Since its founding by Sylvain Lapointe in 2002, Buzz has toured in China, Europe, the United States and from coast to coast in Canada. This ensemble is a true musical phenomenon with an exceptional chamber music repertoire, ranging from classical to jazz to folk music.

In “Buzz Salutes Gershwin”, the merry band, including Sylvain Lapointe and Frédéric Gagnon, trumpets; Pascal Lafrenière, horn; and Jason De Carufel and Sylvain Arseneau, trombones — teams up with Matt Herskowitz, pianist extraordinaire, to present the timeless works of George Gershwin. Six instruments pay homage to this most celebrated of American composers, evoking all the brilliance and intensity of a symphony orchestra.

With several musical awards in their pockets, including the 2015 Opus Concert of the Year, these five friends know how to surprise, dazzle and seduce all audiences with their diverse musical influences, and the quality of their performances.