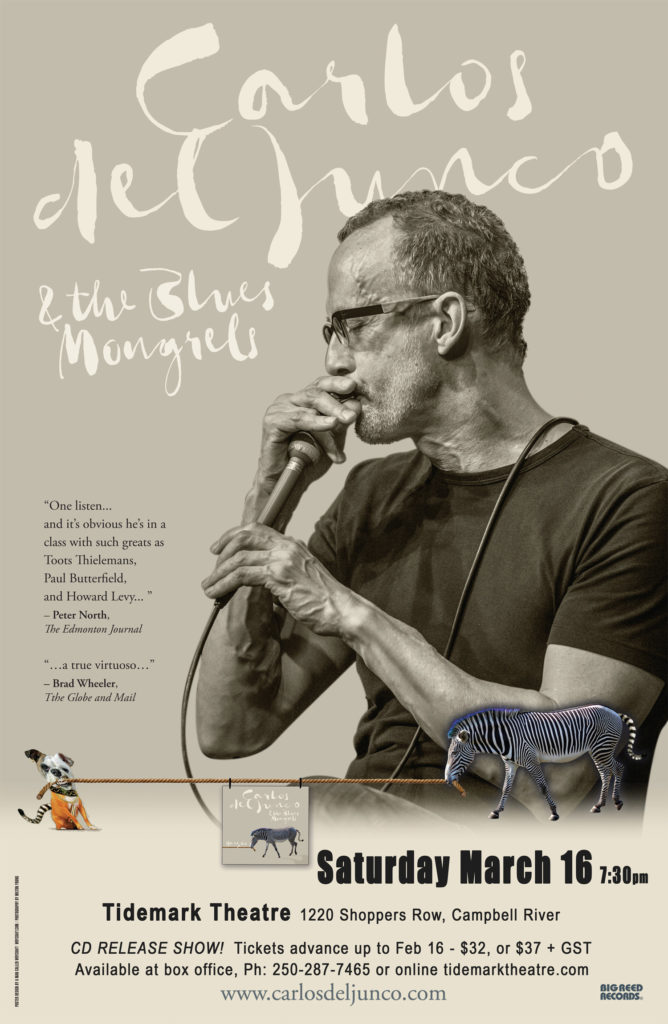 Carlos del Junco, Cuban-Canadian harmonica master, fashions sound the way Michelangelo sculpted his David: with daring and sensuality (Carlos actually graduated from Ontario College of Arts in his mid twenties with honours majoring in sculpture)! Considered one of the world’s greatest harmonica players, he is a pioneer of the “overblow” technique, allowing him to play a 10 hole diatonic harmonica chromatically. The result is stunning: an eclectic blend of soundscapes from the sublime to quirky that often conjure different instruments, from the sax to an electric guitar, and from violin to the bagpipes!

Simultaneously sophisticated and raw, his playing blurs the boundaries between blues, jazz and “roots” music (hence the name for his band The Blues Mongrels). The emphasis is on blues, but Carlos and his band (Eric St. Laurent on guitar, Henry Heillig on upright bass) are not afraid to merrily traipse off in other directions delivering a seamless fusion of New Orleans second line grooves, swing, ska, swampy roots rock, to singer/songwriter themes.

Tickets: $37 Admission (+applicable taxes & fees) Purchase by February 16th and save $5 per ticket!