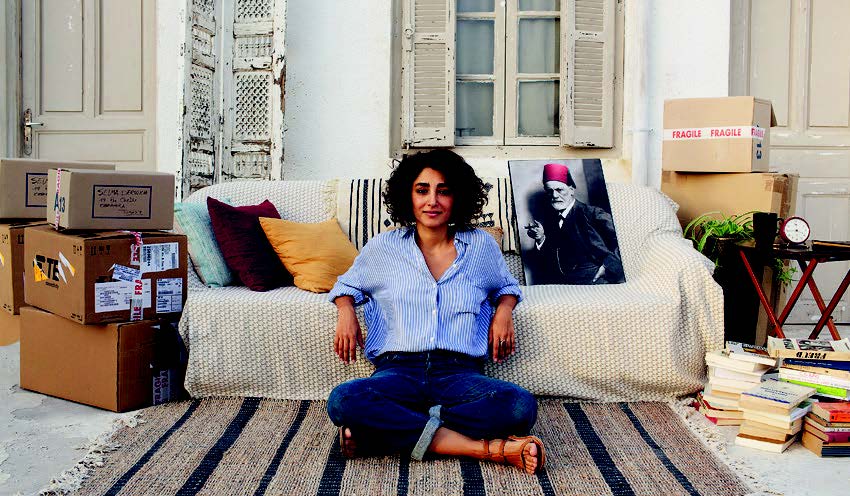 Writer-director Manele Labidi delights with her feature debut, a meditation on independence, community, and new beginnings. After 10 years of living in Paris, Selma (Golshifteh Farahani, Paterson, Girls of the Sun) has returned to Tunis. Her younger cousin can’t figure out why she’d leave the French capital, her aunt is overbearing, and her uncle is only giving her a matter of weeks to crash in the apartment above their house. Selma, nonetheless, is steadfast in her resolve: to open up her own psychotherapy practice.

As Selma tries to settle in, she’s faced with increasing complications that she — or her guiding patron Sigmund Freud — couldn’t have predicted. There isn’t just the matter of finding interested psychotherapy patients in a locale that’s not keen on the talking cure. She also needs to navigate a confusing bureaucratic circus in order to get the right papers to run her practice. On top of all that, a strapping — albeit unbending — cop, Naim (Majd Mastoura), is keeping a close eye on her every move.

Farahani gives a powerful and compelling performance. She hits all the comic beats and deftly inhabits a character, who, above all, wants to do what’s right. Arab Blues develops with an irresistible charm while not sidestep­ping bigger questions about both a country and a woman at a crossroads.