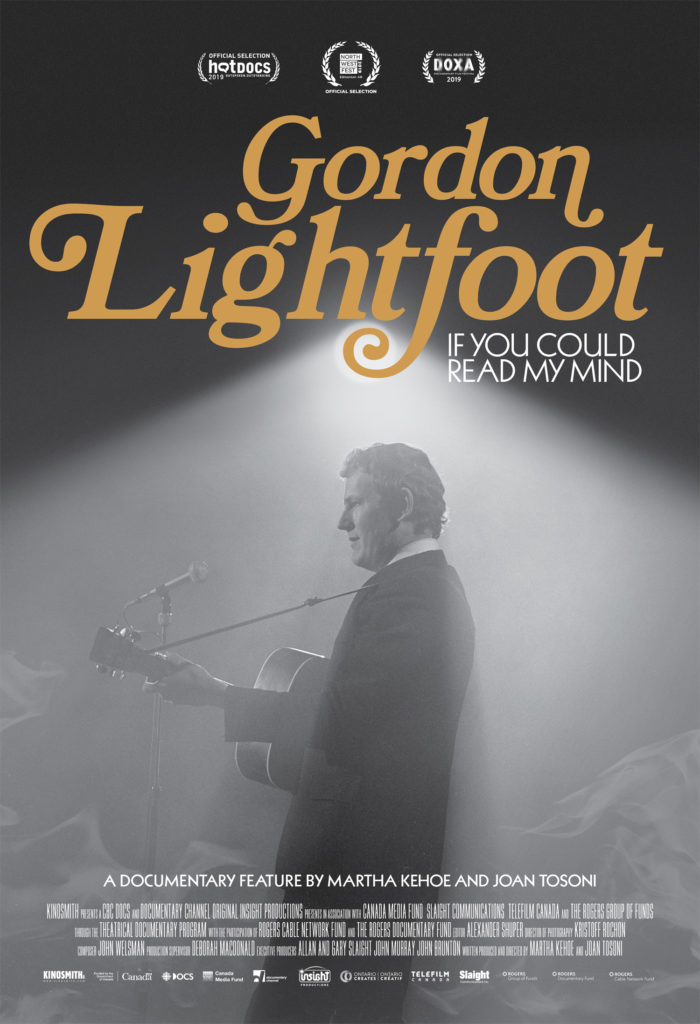 CRFF – Gordon Lightfoot: If You Could Read My Mind

Gordon Lightfoot: If You Could Read My Mind will delight any music fan. After all, Gordon Lightfoot is undoubtedly a gifted musician and storyteller. Canada loves him, and Lightfoot loves Canada. Directors, writers, and producers Martha Kehoe and Joan Tosoni take us on a journey back to the artist’s heyday — and an emerging folk scene in Yorkville, Toronto — with a treasure trove of archival footage and interviews with many of Lightfoot’s contemporaries, while Lightfoot himself reflects back on his life: the songs, the creative process, and the regrets.

Culminating in Lightfoot’s performance at Massey Hall in Toronto on July 1, 2018, this chronicle travels back through the Canadian icon’s small-town roots, turning points, and dark spots, set against an extensive collection of footage and stills from his concerts and personal life. Listen to the first recording of him as a soprano singing at his local Orillia church; hear how his meticulous, hard work led to a record deal that changed his life; and find out what tragic and disturbing moments in his life inspired some of his best music.

The film, which played Hot Docs 2019, also interweaves contemporary interviews from influential voices from the music industry, including Randy Bachman, Geddy Lee, and Sarah McLachlan, talking about Lightfoot’s impression on their own musical lives and careers.

Beyond it all, Lightfoot is undeniably Canadian. As Lee puts it, he let the world know that “we’re not just a bunch of lumberjacks and hockey players here.” Canadians can be complicated, and the proof can be found in Lightfoot’s lyrics.

“It’s rare that Lightfoot provides this type of access, and it gives writer-directors Martha Kehoe and Joan Tosoni a lot of rich material to work with.” —Richard Trapunski, NOW Magazine