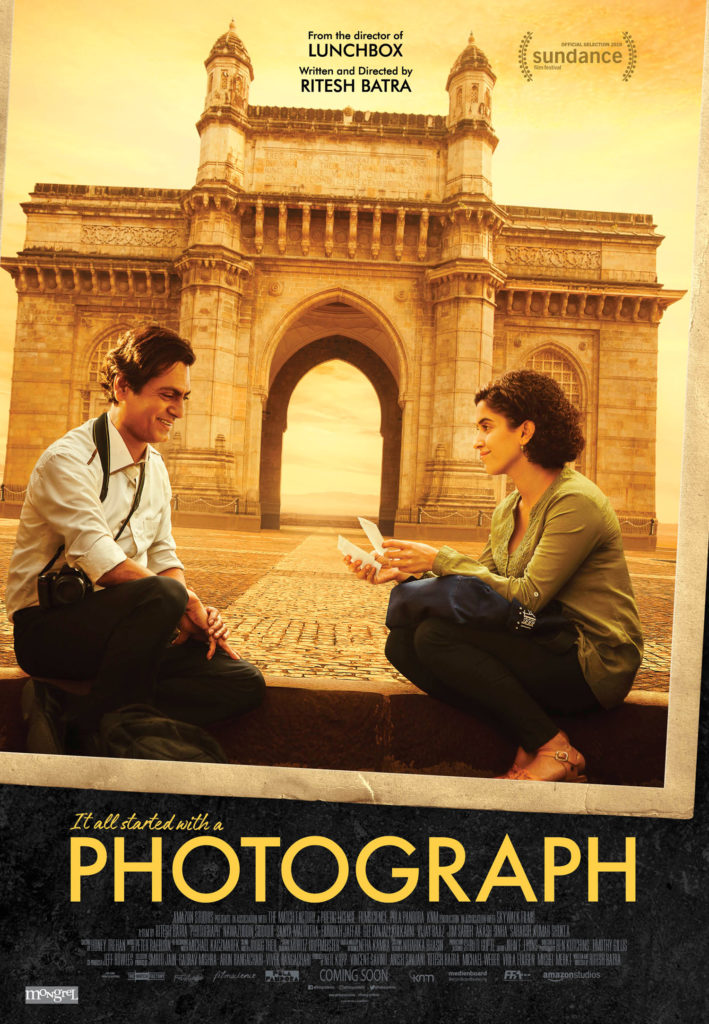 Ritesh Batra (The Lunchbox, The Sense of an Ending) returns with another nuanced love story, about the hopes, dreams, and identities of ordinary people. With gentle poignancy, Batra explores moments of both isolation and connection amidst the otherwise chaotic urban landscape of Mumbai.

An unlikely couple who come from different walks of life meet in a busy public square. Miloni (Sanya Malhotra, Pataakha) is a shy young woman studying to become an accountant. Rafi (Nawazuddin Siddiqui, Lion, The Lunchbox) is an older, reclusive street photographer, who makes ends meet by taking portraits of tourists at city landmarks. One day Rafi takes Miloni’s portrait, and it leaves an indelible imprint on them both.

A short time later, when Rafi’s elderly grandmother — who has always hoped Rafi would start a family — comes to town, Rafi tracks down Miloni and convinces her to pretend to be his fiancée in order to make his grandmother happy. Soon enough, their feigned love story begins to stir real emotions, but it’s difficult for the potential couple to ignore some of the stark differences between their two worlds.

The Photograph is an insightful meditation on loneliness and the ache for connection. It’s also a gratifying stroll through the streets of Mumbai that celebrates the small pleasures in life, from sampling an endless array of street food to spending summer nights at the cinema.

“If the story is familiar, the storytelling can be immersive — Batra shades in the leads and their worlds with a human specificity that makes Photograph compelling in a slice-of-life way.” —Aisha Harris, The New York Times