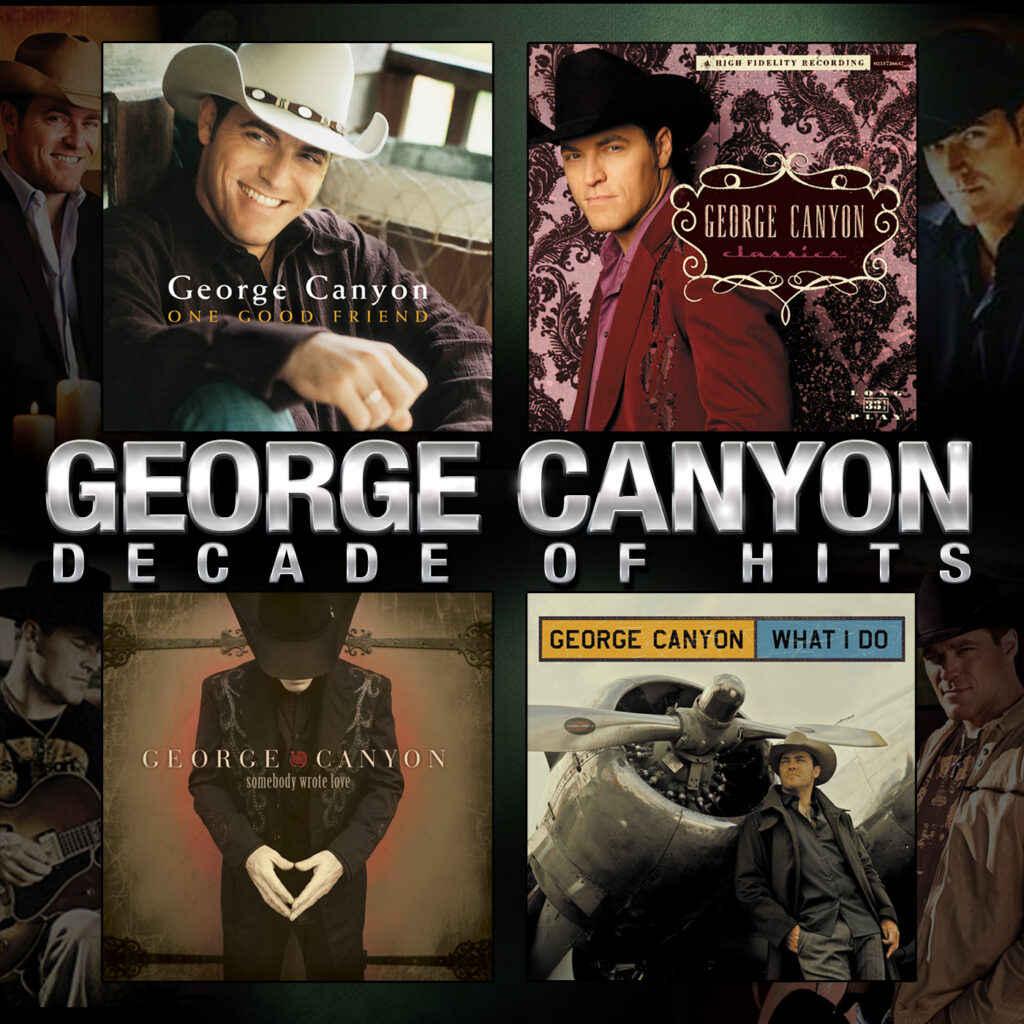 Celebrate an evening of music hits of the past decade with award winning Canadian Country Music Star, GEORGE CANYON and his band.   The much anticipated new album “Decade of Hits” will highlight the show complimented with George’s personal retrospect of the last 25 years, sharing never before heard stories about his career so far. This is a must-see show for George Canyon fans.

Time flies when you’re having fun, and with over a decade of entertaining fans throughout the world by doing what he loves, Juno and CCMA Award-winning Country Star George Canyon has had a lot of fun so far! Today George announces a new album in the works, “Decade of Hits”, to be released in September 2014. The album is a look back on ten years of George Canyon hits from Nashville Star to now, that made you smile, laugh, and love, together with some exciting new songs including “Slow Dance”, “Crazy Love”, and more.

This special hits package will be a perfect companion piece to a long awaited coast-to-coast Canadian tour. These twenty-nine dates of concert performances start in September, making stops in Ontario, PEI, New Brunswick, Nova Scotia, Saskatchewan, Manitoba, Alberta and BC.

Says Canyon: “I’m a fortunate man to be able to do what I love for a living and to share a collection of songs from the past ten years with my fans, who have been instrumental in the composition of this CD by helping me choose their favourite songs for inclusion. Being given the opportunity to relive this journey is very special indeed. I`m looking forward not only to the album release, but to singing these favourites from this tremendous decade on my fall show dates. “Canyon’s shows are high on the list of country fans. He is known for giving stellar performances with the charisma and charm that he is famous for.

Jim Cressman, George’s manager and president of the Invictus Entertainment Group and Big Star Recordings states: “In the past ten years Canyon has grown his own brand along with the Canadian country music format thanks to his transcendent celebrity star power. A decade later it’s still going strong and we’re proud to celebrate it with a national tour and commemorative album.”

Opening for George at select locations will be Big Star Recordings label mate, artist and Country Music Association of Ontario Rising Star Award-winner, Jordan McIntosh. Jordan has been singing since he was 8 years-old, with his talent and ability first being discovered on YouTube. Now 18, Jordan’s current single `That Girl` is at radio, with the video being aired on CMT. He was also selected as one of the six participants in the CCMA’S Discovery Program which is in its sophomore year. The six will be flown into Edmonton for Country Music Week in September to play a high profile showcase in front of the country music delegation.