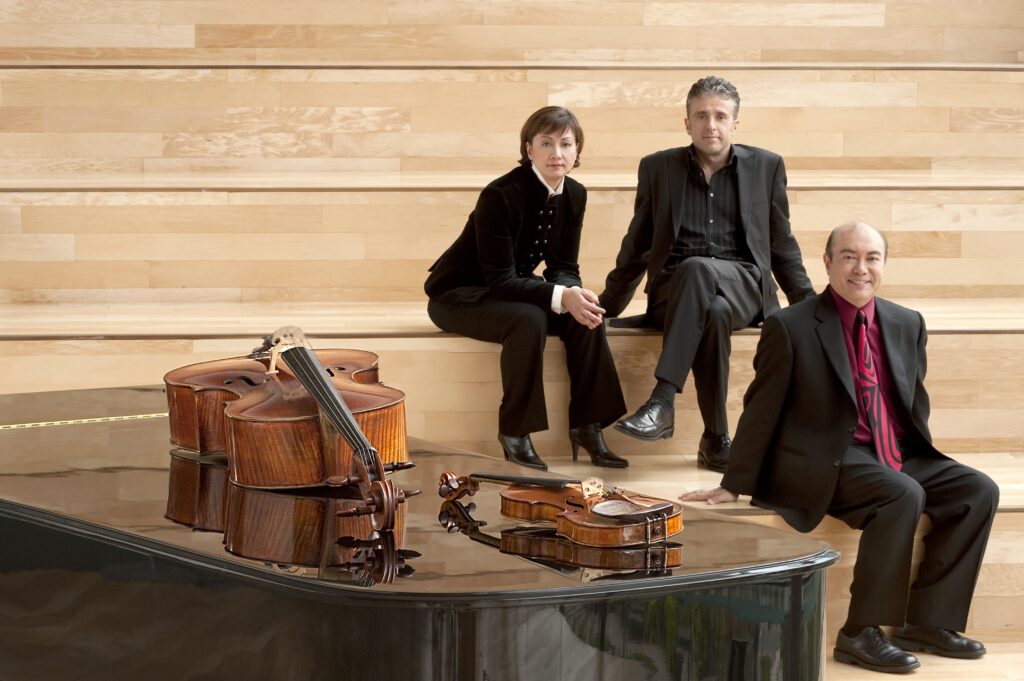 Now in its 23rd year, the Gryphon Trio has impressed international audiences and the press with its highly refined, dynamic performances and has firmly established itself as one of the world’s preeminent piano trios. With a repertoire that ranges from the traditional to the contemporary and from European classicism to modern-day multimedia, the Gryphons are committed to redefining chamber music for the 21st century.

The Trio tours regularly throughout North America and Europe and their 17 recordings are an encyclopedia of works for the genre. They have commissioned over 75 new works, and regularly collaborate on projects that push the boundaries of chamber music. Honours include two Juno Awards for Classical Album of the Year, and the prestigious 2013 Walter Carsen Prize for Excellence in the Performing Arts from the Canada Council.

Deeply committed to the education of the next generation of audiences and performers alike, the Gryphons frequently conduct masterclasses and workshops at universities and conservatories, and are Artists-in-Residence at the University of Toronto’s Faculty of Music and Trinity College.

Gryphon cellist Roman Borys is Artistic Director of Ottawa’s Chamberfest. Annalee Patipatanakoon and Jamie Parker serve as the festival’s Artistic Advisors in addition to their responsibilities at the University of Toronto Faculty of Music, where Mr. Parker is the Rupert E. Edwards Chair in Piano Performance and Ms. Patipatanakoon is Associate Professor of Violin.