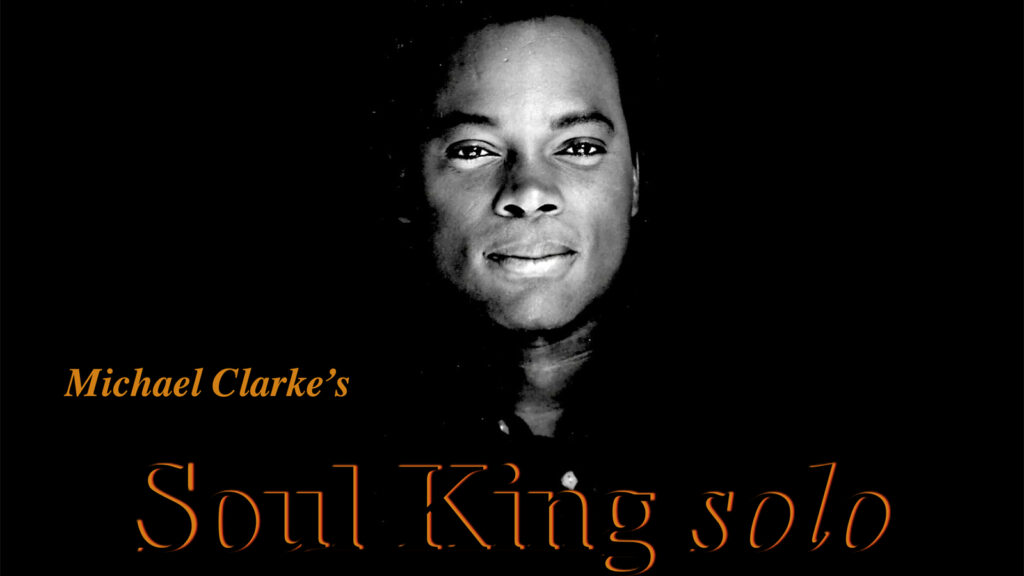 ‘Soul King solo, A Concert Tribute to Sam Cooke’, has gone through a number of incarnations since Michael Clarke wrote it in 2012 but two things have remained the same: the story of Sam’s life and his incredible music.

The story of Sam Cooke’s life ended tragically. He had tremendous highs and heart breaking lows and through it all, his music told his story. In Soul King solo, Michael Clarke show’s how Sam Cooke’s music reflected his life – throughout showing Sam’s immense talent not just in singing but also in his lyrical and musical compositions.

Soul King solo is the inevitable evolution of the show and Michael Clarke’s musical theatre evolution. After 10 years of practice on the guitar, Clarke finally feels ready to combine (his newest instrument in his arsenal) the guitar with his storytelling ability to bring the Soul King back to life for one more night of music, song and story.

You don’t have to be a dedicated Sam Cooke fan to enjoy what Soul King solo has to offer. Even if the names of Bob Dylan, Little Richard, Cassius Clay and Malcolm X played no part in your adolescent fantasies, you’ll find yourself immersed in the social and political backdrop from which popular music moved beyond mushy romantic ballads to find its voice as a powerful agent for change. In the music of Sam Cooke, it also discovered its Soul.

Michael Clarke has performed in professional live theatre since 1989. Other theatre credits include: Soul King – A concert tribute to Sam Cooke, Miss Saigon, The Who’s Tommy, The Lion King, Seussical the Musical, One Man two Guvnors, Legends, Kim’s Convenience and Smokey Joe’s Café; latest Film & Television: Clifford the Big Red Dog – 2019 reboot. Michael thanks his friends and family for all their love and support.