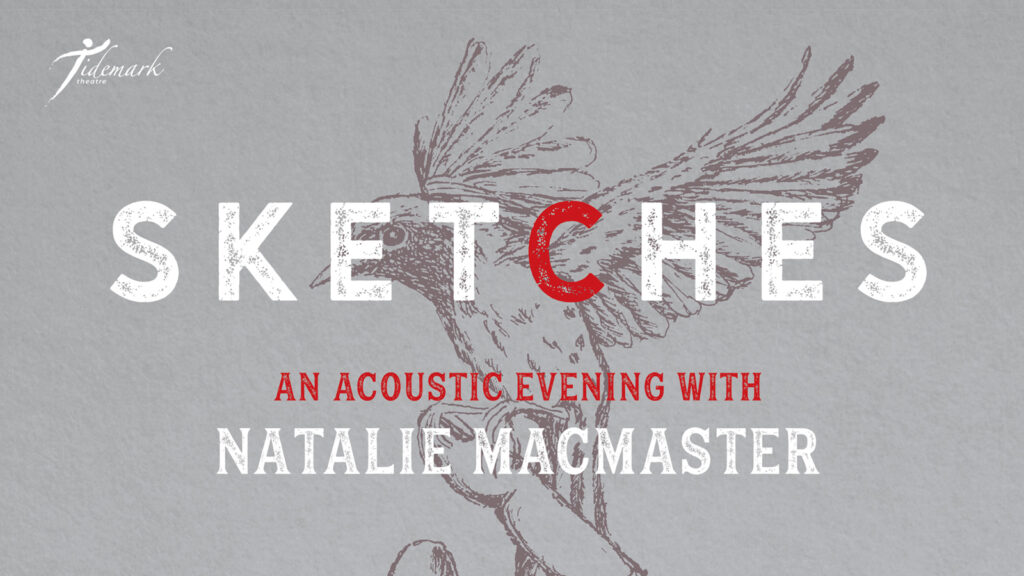 There’s something wildly liberating in having nothing left to prove, no commercial hurdle left to clear. Such a rarefied status allows an artist to make the kind of music she wants to make, knowing her audience is already deeply invested and along for the ride wherever things go.

That’s how it is for superstar Canadian fiddler Natalie MacMaster, and that’s exactly the spirit fuelling Sketches, her dazzling 12th solo studio album and first since 2011’s Cape Breton Girl. Sketches is also the highly decorated musician’s first recording to feature fiddle with guitar but not piano as is customary with Cape Breton fiddle music.

The exhilarating mix of originals and covers, old tunes and new on Sketches can be labelled many things: Celtic, traditional, folk, instrumental, bluegrass. Yet all 12 tunes are propelled by MacMaster’s unmatched creative instincts which, alongside guitarist Tim Edey, she follows fearlessly into emotional territory that runs from gleeful to heartbreaking, a beguiling range perfected through countless gigs performed across the decades all over the world.

Produced by MacMaster and husband/musical partner Donnell Leahy last spring at Toronto’s Loudmouth Studios with acclaimed engineer Vic Florencia (Jason Mraz, Steven Page, Five For Fighting to list just three credits), Sketches is in some ways the culmination of a lifetime’s worth of influences and ideas, thousands of which were warehoused on MacMaster’s ever-present iPhone. The album is also the tangible realization of the more recent — and daring — abovementioned instrumental format.

“Back when Donnell and I were recording One (their celebrated 2015 duo debut), Tim Edey and I were sitting in a room in our house and I just loved the sound of guitar and fiddle. I loved what that collaboration pulled out of me. I knew right then I would someday make a whole record like that.

“So last January I committed to the idea and started going through all these Voice Memos I had — old tunes, new tunes, bits of unfinished tunes. Every day I would sit for a couple of hours, which is not easy when you are a mother of seven who home schools,” she laughs, noting that baby Maria recently joined sibs Mary Frances, Michael, Clare, Julia, Alec, and Sadie, budding musicians all. “But I somehow found time to be alone with my ideas and my fiddle and I thoroughly enjoyed it.”

Sketches — the album named in deference to the space surrounding these radiant songs, which were minimally enhanced in post-production and whittled down from a pool of about 20 — is a portrait of MacMaster as both gifted writer and intuitive stylist.

Take “Morning Galliano” a Celtic-meets-Galician corker that conjures a European, café-society ambiance while framing MacMaster’s scorching fiddle in the foreground. “That song started with me just scratching out a melody,” she explains. “It was inspired by a tune I heard (Spanish roots-music star) Carlos Núñez play probably two decades ago. It was a very memorable piece.

“And although it came together easily, when I went to play it on the fiddle, it was really difficult. The timing of it was one that I had never played before. It’s sort of a waltz and I’ve played hundreds of those but this one is different somehow.”

By contrast, MacMaster and Edey’s achingly poignant read of the ballad “I Can’t Make You Love Me,” made classic by Bonnie Raitt, “just kind of fell out of us,” MacMaster says.

“Tim is always playing pop songs on his classical guitar, stuff you’d never expect, like AC/DC. One day, we had a full day of recording behind us; it was probably 9 at night. Tim started in on that song, and I started playing along, and we just went ahead and recorded it. We had no plan for an intro or an ending or anything. We just did it. And that’s how it came out.”

Long-time fans might recognize the supple and slightly downcast “Professor Blackie” from MacMaster concerts. “I’ve been playing that for years although I recorded it in a very different way. It’s just an old tune I grew up hearing. It’s a beautiful melody and I heard potential in it. The challenge was capturing its depth.”

Elsewhere, MacMaster marshals a more orthodox Cape Breton-style vibe on boisterous barn-burners like “Three Reels,” “Fill’er Up For A Set,” and “The Golden Eagle” all potential showcases for MacMaster’s (or her audience’s) lively step-dancing.

“A few years ago I was trying to learn marches, a style of Cape Breton tune with Scottish roots. I came across something on YouTube featuring John Allan Cameron on 12-string guitar that was just so him and so unique.

“Anyway I learned the tune and when I was putting material together for the record I thought, ‘It might be nice to have that John Allan march on there and maybe I’ll get Tim to play the 12-string.’ But it became obvious to me that I had to get Stuart playing 12-string guitar on this song. So we did, and it turned out awesome.

“I am absolutely thrilled with this record. Sales, radio play… none of that really matters,” MacMaster offers when asked to describe what success with Sketches will look like. “Success with this record has already happened. Tim Edey is a genius and a master and I am delighted that we were able to harness the beauty of just the fiddle and guitar.

“Even though the record is simple, it brings complexity of emotion and musicality. There’s sweetness and softness and sorrow and strength and power and everything. That’s what Sketches is and it’s unique in every way.”