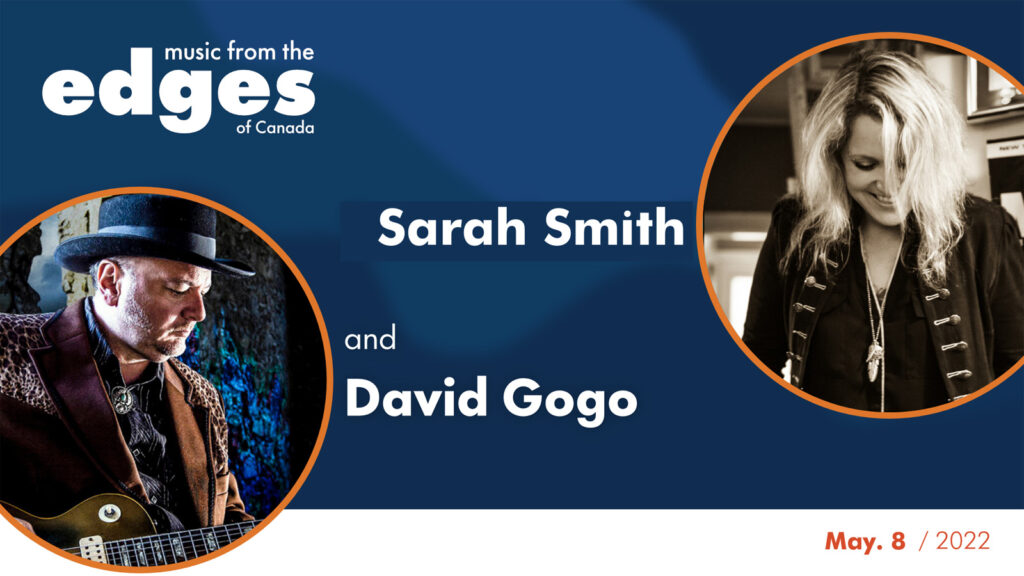 Sarah Smith + David Gogo (Music From the Edges of Canada)

The Tidemark Theatre is excited to present Sarah Smith and David Gogo, in partnership with Music From the Edges of Canada!

For Sarah Smith, the time has come to say more, show more, and share an even deeper truth with her fans, courtesy of her brand new album, Unveiling.

Sarah has always been vulnerable in her songwriting – she doesn’t know how to do it any other way. Unveiling takes that openness to a deeply personal new level as Sarah sings about love, loss, and having the courage to trust in her own voice.

As Sarah says in the album liner notes, the songs are about opening yourself to a new future, and believing that the right road lies ahead. It’s a truth she’s come to know the hard way through years of spiritual and musical development.

Whether it’s just her and her acoustic guitar or her full band, she is simply a mesmerizing performer.