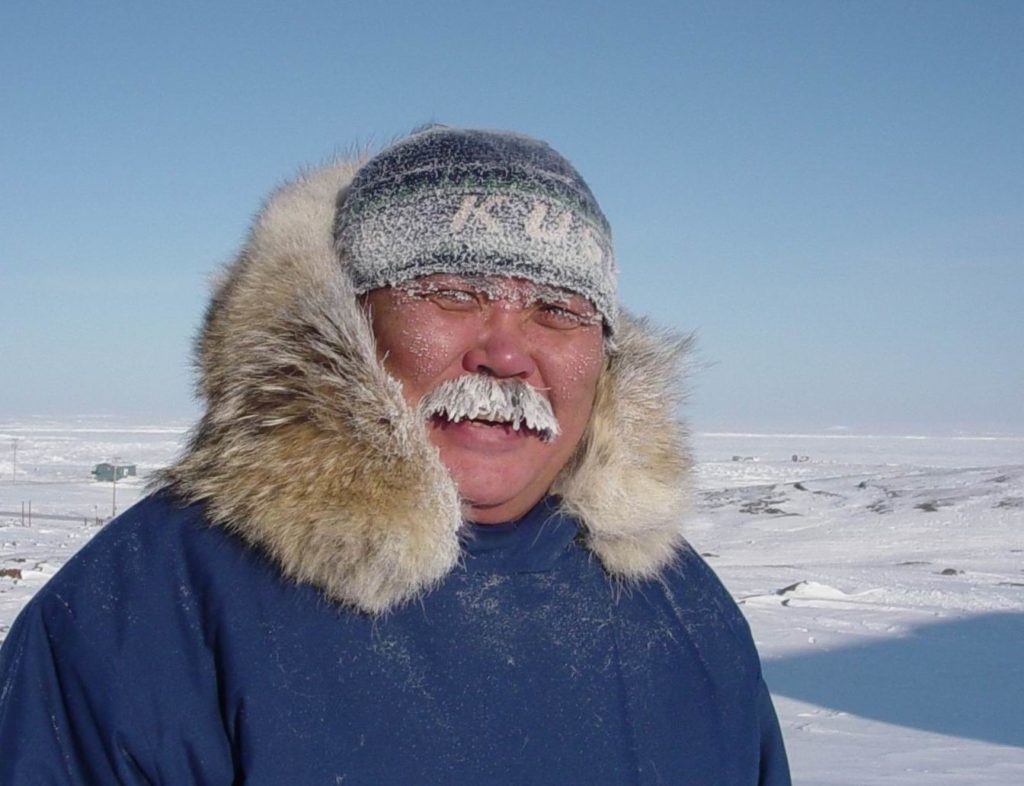 In celebration of Family Literacy Day, the Tidemark Theatre Society has once again partnered with the Campbell River Literacy Association to present a FREE family event for the community. This year we will be presenting award winning children’s author and storyteller, Michael Kusugak!

Michael Kusugak grew up in Repulse Bay, a small village in the Northwest Territories. “I’ve always been close to the land, the sea and the animals,” he says. “I want to teach everything I know about how to live here, and write about everything kids like to do.”

During his childhood, Michael’s family traveled by dog team; they lived in igloos in the winter and tents in the summer. He had no access to books as a child, and didn’t speak a word of English until he was seven. “Every night, my grandma would tell us a story to put us to sleep,” he recalls. In 1954, a float plane whisked Michael off to a residential school in Chesterfield Inlet. “When you’re seven years old and hauled away from your parents, it’s very hard. I cried the whole year I was there—that’s all I remember. The following fall, when the airplane came again, I went and hid in the hills. I didn’t go to school that year.” Michael went on to become one of the first Inuit from the eastern Arctic to graduate from high school, piecing together his education in Rankin Inlet, Yellowknife, Churchill and Saskatoon.

While in school, Michael enjoyed writing stories and poems, but he never thought of becoming an author until he met Robert Munsch. “He stayed with us during Children’s Book Week once, and I told him all kinds of legends. He suggested that I write them down, so we worked on one together, and eventually it was published!” That story, A Promise is a Promise, is based on one of Michael’s childhood memories. He explains, “I take things that are native to me, such as the northern lights, and create a story around them.”

One of the most rewarding experiences for Michael is visiting children in schools and at libraries. He mesmerizes young audiences with narratives from his Arctic home and tales told with string. He also enjoys hunting, fishing, boating and looking out his study window at the northern landscape stretching towards the horizon.

Michael grew up living in igloos, sod huts, and tents. He traveled by dog team following the caribou, or living on the sea ice so that his family could hunt seals, whales, walrus, and catch fish to eat. Michael uses his experiences growing up listening to stories told by his grandmother in his storytelling sessions. He weaves these traditional stories with his life stories.  Michael has seen tremendous change in the past 60 years.

First come, first served. Limit 4 tickets per household. Please indicate at the time of reservation if you require wheelchair seating.

If your tickets are not scanned in 15 minutes before the performance, we will release your tickets to other patrons. If you were not able to get tickets ahead of time, please come check at the Box Office on Family Literacy Day!

Every body that goes into the auditorium MUST have a ticket, including infants.