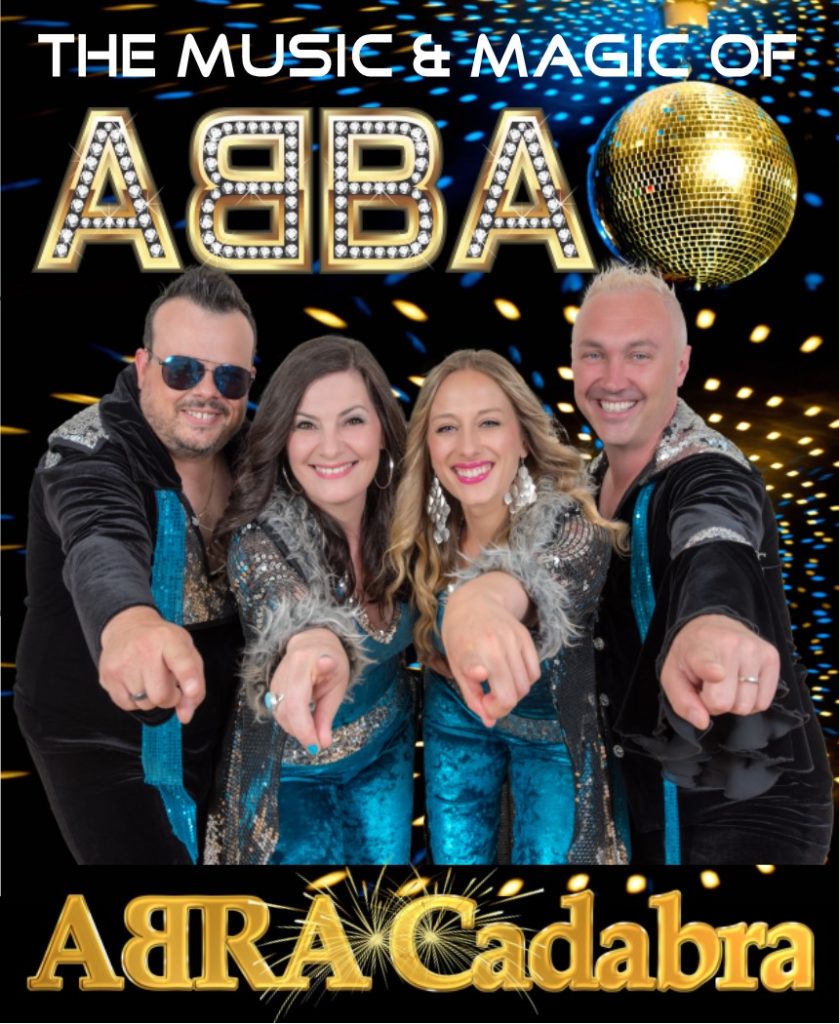 ‘ABRA Cadabra’ from Vancouver, Canada, has been touring the world for over 18 years, helping audiences of all ages and cultures to re-live and celebrate the timeless and uplifting music of ABBA! Featuring a full live band, dancers, powerful vocals and costumes, this high-energy and captivating stage show takes you on a nostalgic journey through all of your favorite ABBA songs including Mamma Mia, Dancing Queen, Take A Chance, SOS, Waterloo, Does Your Mother Know That You’re Out and many more!

The cast has had the honor of traveling to many corners of the world performing shows for the Prime Minister of Malaysia, the Malaysian Royal Family, International Shoe Designer Jimmy Choo, the Esplanade Theatre in Singapore, The Auditorio Luiz Elisondo in Monterrey, Mexico, Universal Studios in Florida (opening for Kool & The Gang), The Queen Elizabeth Theatre (opening for Boney M), The Parkersburg Concert Series in West Virginia, The PNE, The Commodore Ballroom, The Harmony Arts Festival, The Kelowna Community Theatre, The Hard Rock Casino Show Theatre, The River Rock Show Theatre, The Bell Performing Arts Centre, The Massey Theatre in New West and many more! See photos, videos and more info at www.iloveabba.com