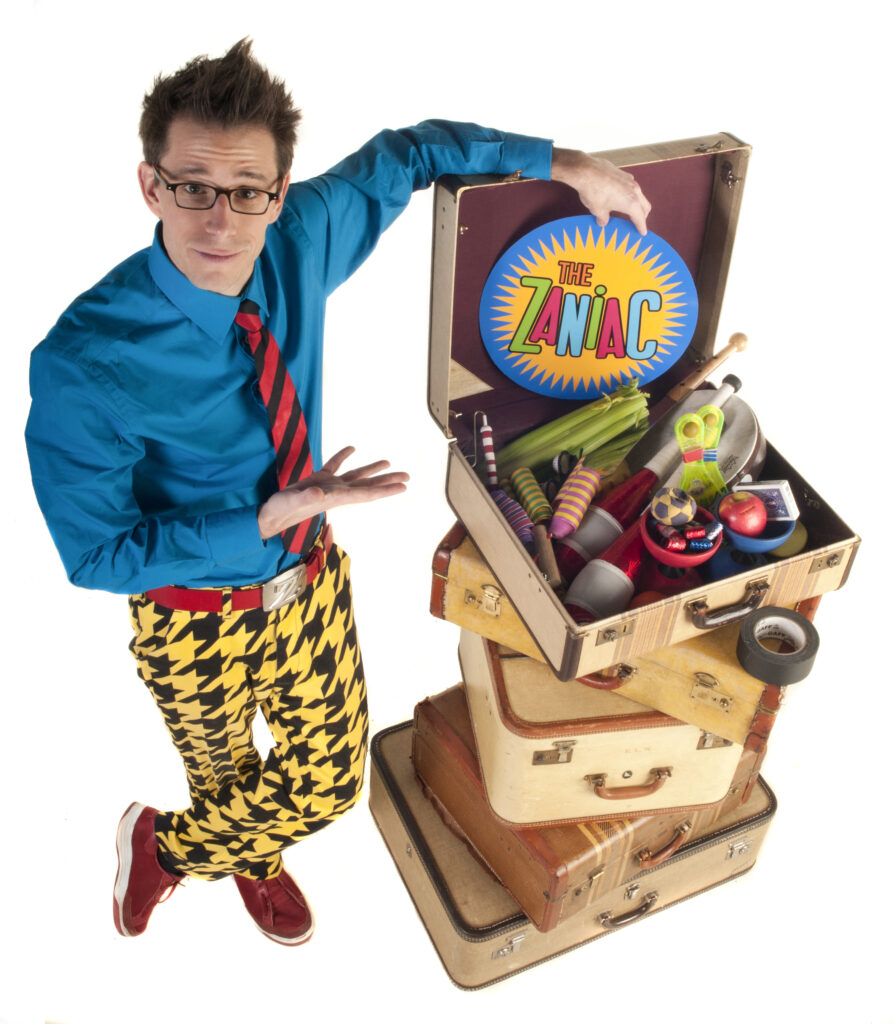 With the energy of 1,000 suns, Alex Zerbe moves like a rubber band from one end of the stage to the other. Beatboxing, juggling, dancing, singing, music and magic are just a few of the things that led Piers Morgan of America’s Got Talent to call this physical comedian, “The total package.”

The “Professional Zaniac,” whoʼs been cracking jokes onstage for almost 15 years, zigzags between physical stunts and non-stop comedy. During the show vegetables are sliced in half by flying playing cards, flaming torches and bowling balls are juggled with ease and every audience volunteer leaves the stage in triumph.

Formerly of the award-winning duo Brothers from Different Mothers, Zerbe is a Hacky Sack World Champion, was voted The Pacific Northwest’s Funniest Prop Comic and is a two-time Guinness World Record holder. Heʼs performed everywhere from cruise ships and comedy clubs to prime-time television in three countries, including “Americaʼs Got Talent!” and “Last Comic Standing. Visit TheZaniac.com to see Alex in action.

First come, first served. Limit 4 tickets per household. Please indicate at the time of reservation if you will need wheelchair seating.