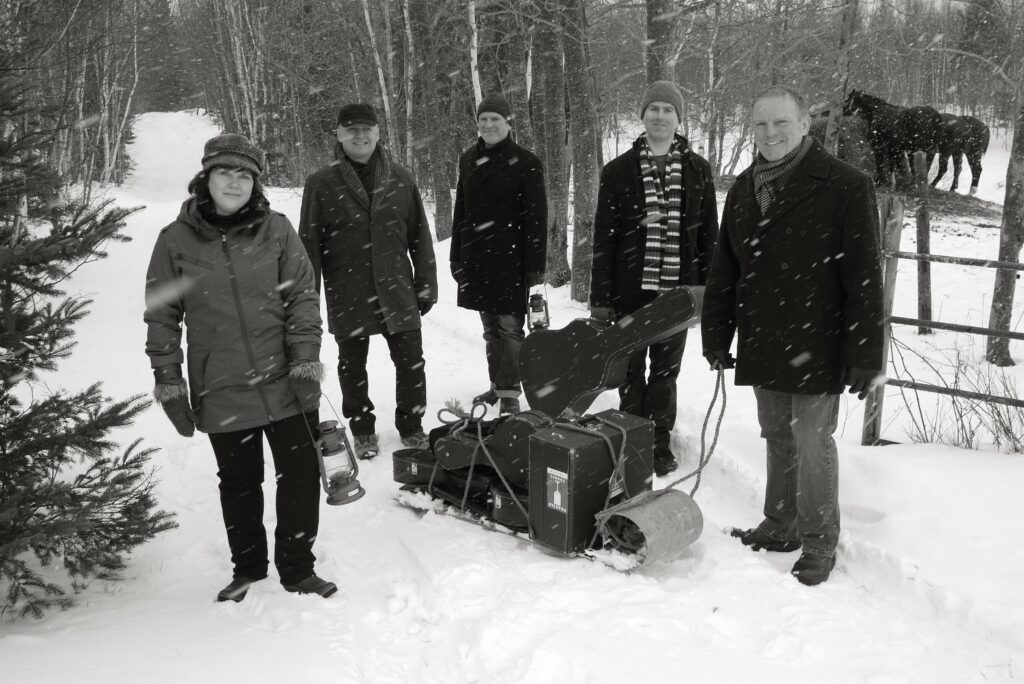 2014 marks over 27 years for the Sydney Mines, Cape Breton Island based family group, the Barra MacNeils, in an outstanding recording and touring career. 2012 was accented with two new recording projects: a Live In Concert symphony project recorded in Halifax’s Rebecca Cohn Auditorium over two nights with Symphony Nova Scotia and a special Celtic Colours recording project featuring a wide variety of musical guests from the folk, Americana and Celtic music worlds.

In December, 2013, the group released a third Christmas recording: O Christmas Three supported by another run in their annual seasonal Christmas tours.

One of the most beloved concerts on the seasonal circuit, the Barra MacNeils Christmas shows always features a highly entertaining brand of traditional seasonal fare mixed with entertaining stories and new musical twists; stamped with their lush harmonies and intricate instrumental stylings. Their show has been touring nationally, as well as in America, for years to sold-out houses.

Fans can look forward to classic favourites including: Oh Holy Night, Ave Maria, A Christmas in Killarney and Auld Lang Syne as well as some comedy, seasonal stories, music, singing, dance and memories that will extend beyond the season and last a lifetime.

As a group, the MacNeil siblings are widely regarded as one of the greatest live concert acts in the Celtic world. Hailing from Sydney Mines, Cape Breton Island, Nova Scotia, the family group is deeply rooted in Celtic music, culture, dance, language and history. Their numerous critically acclaimed recordings have included their own original songs as well as tried and true standards, both instrumental and vocal.

The Barra MacNeils live concert experience brings so much more to the stage than most live acts ever can. Multiple lead vocalists, beautiful sibling harmonies, top drawer instrumental prowess on a wide variety of acoustic, stringed, percussion and wind instruments blended with dancing, storytelling, Gaelic songs and a journey through an ancient culture; it is family entertainment at its highest level.

Steeped in Cape Breton tradition with strong Celtic roots and musical artistry, this diverse and talented family group continues to wow audiences around the world with their captivating vocals, harmonies and extraordinary musicianship.