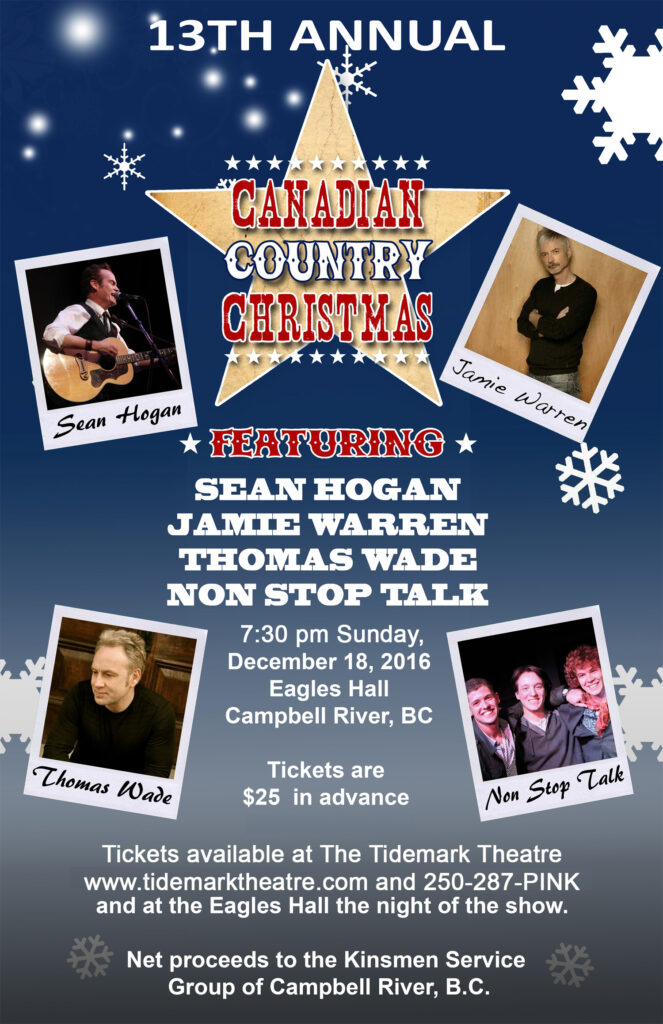 The Canadian Country Christmas tour all started with “It’s Called Christmas Time,” a song that Sean Hogan wrote in 2004 that was inspired by “Do they know it’s Christmas,” the British Christmas song from Band-Aid for the famine in Ethiopia in 1984.

“A lot of great British pop singers, at the time, did the song to help the famine in Africa,” Hogan said. “I thought, wouldn’t it be great if with this song I asked my other fellow country artists to sing with me on this particular song, different lines.”

With a Christmas song in his back pocket, Hogan decided to give back to the communities that played his songs so religiously on the radio.

The first set is country music and the second is Christmas songs. Hogan has invited over 30 different artists on tour with him over the years. This year he will be joined by Thomas Wade and Jamie Warren, with on Island appearances by Sue Medley and local band Non Stop Talk.

Hogan has only ever missed the tour once. In 2011 he survived 35 days of radiation and chemotherapy treatment, he has been cancer free ever since and that bout with the illness made him grateful for a second chance and more motivated than ever to give back.

“It gives me an extra sense of, every year going forward, the good that we can do to whatever extent we can…we realize that not every day is Christmas but it would be nice if we could keep that spirit of giving more into every day of the year,” he said.

Come and kick off the season for a great cause by showing your community spirit! All proceeds from this year’s event support the Campbell River Kinsmen.