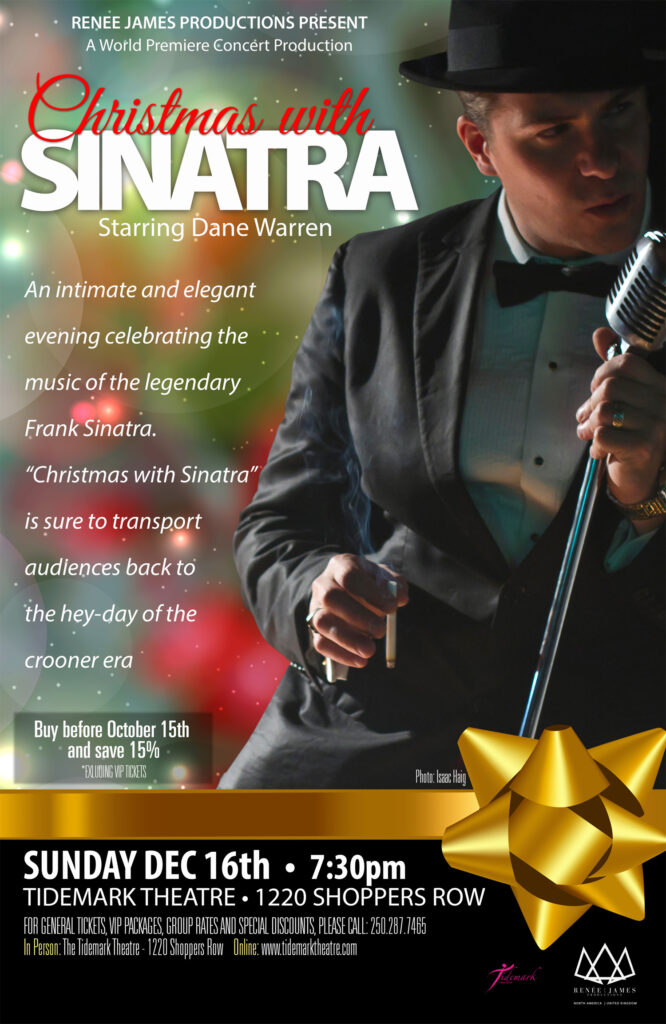 The production is part of the Award-Nominated “Legends Concert Series” which first premiered in Canada in the late 2000’s to critical acclaim. The series features music from some the most iconic artists of the 20th century including Ella Fitzgerald, Billie Holiday, Nat King Cole, Sarah Vaughan, Etta James, Louis Armstrong, Bing Crosby, and Rosemary Clooney to name just a few. Since 2008 the series has played in multiple cities to rave reviews and standing ovations.

With vibrant staging, great musical arrangements, bold lighting, rich vocals, and a beautiful venue transformed into a striking holiday theme, CHRISTMAS WITH SINATRA is sure to transport audiences back to the hey day of the Sinatra concert circuit.

The Producer and Stars invite guests to join them on a sentimental and nostalgic musical journey this holiday season.

VIP seating is limited to 50 seats only and includes the following:

Order before October 15th to receive 15% off (excludes VIP). Use coupon code SINATRA for discount.