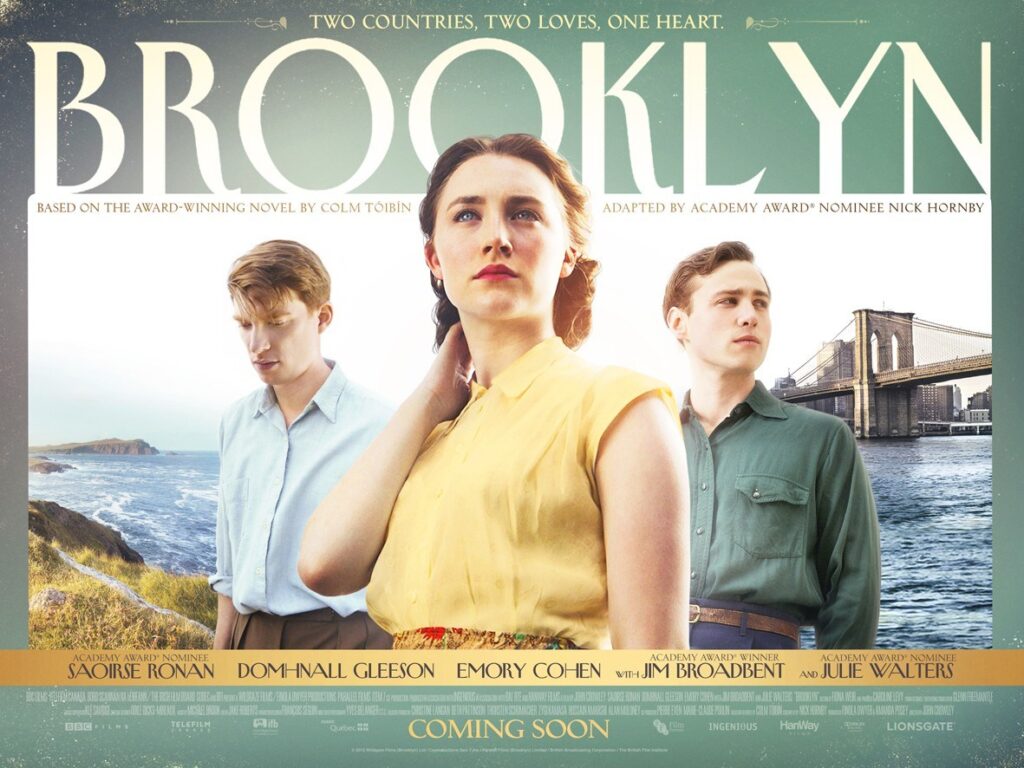 In the early 1950s, a young Irish woman (Saoirse Ronan) crosses the Atlantic to begin a new life in America, in this exquisitely crafted adaptation of the acclaimed novel by Colm Tóibín.

This Sundance hit from Festival alum John Crowley — with its stellar cast including Saoirse Ronan, Domhnall Gleeson, Jim Broadbent, and Julie Walters — is an exquisitely crafted period piece telling the tale of a young immigrant in a strange new land.

There aren’t many opportunities for young women in postwar Ireland, but soft-spoken Eilis Lacey (Ronan) is lucky: America has long been considered the land of opportunity, and when her family makes arrangements with a kindly Brooklyn priest (Broadbent) for her to move there, she jumps at the chance. Set up tentatively in a boarding house and working in a swanky Brooklyn department store, Eilis struggles to find her place — but after meeting Tony (Emory Cohen), a handsome young Italian man with an infectious passion for life, she’s filled with the joy of young love and the promise of a future. When a family tragedy brings her back to Ireland, she discovers that her perspective has changed dramatically; facing mounting pressures from those closest to her, Eilis must decide where she is to spend the rest of her life.

Adapted by Nick Hornby (Wild, An Education, About a Boy) from Colm Tóibín’s acclaimed novel, Brooklyn is a story universal in its reach yet personal in the telling. Painting with a luscious colour palette, Crowley recreates 1950s Brooklyn as a romantic dream — and at the centre of this dream are the captivating performances. Ronan (How I Live Now, Hanna, Atonement) is outstanding, letting us in on every nuance of Eilis’ transformation from a lonely young wallflower to a confident adult, and you won’t soon forget Cohen as the tough but tender Tony. Brooklyn is a gorgeously realized film about family, memory, and making a new home.