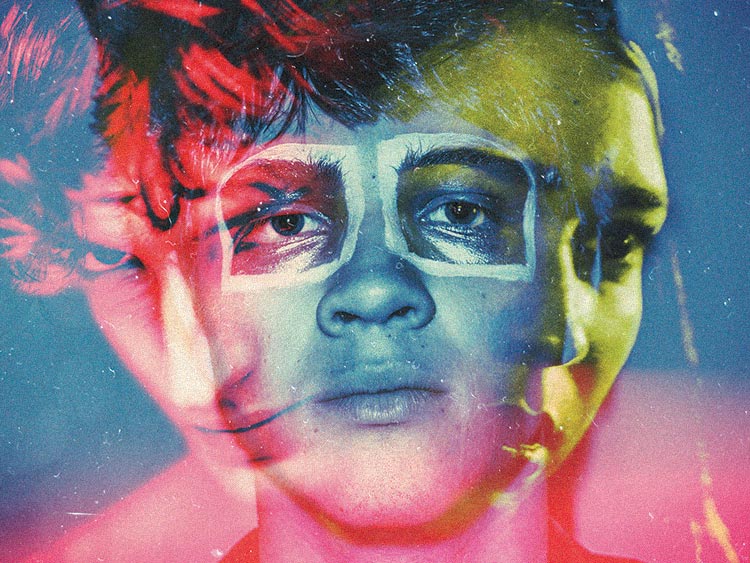 Closet Monster is about an East Coast teenager and aspiring special-effects makeup artist (Connor Jessup, Blackbird) who struggles with both his sexuality and his fear of his macho father, in this imaginative twist on the coming-of-age tale from first-time feature director Stephen Dunn.

Mixing affecting drama with whimsical fantasy and elements of Cronenbergian body horror, this inventive feature debut from Newfoundland’s Stephen Dunn chronicles a teen’s struggle to find his own way of life. High-school student and aspiring special-effects makeup artist Oscar Madly (Connor Jessup, 2012 TIFF Rising Star) needs out: out of the town that is stifling his budding creativity, and out of the closet. While he finds support from his best friend Gemma (Sofia Banzhaf) and his pet hamster, Buffy (who talks to him via the voice of the great Isabella Rossellini), Oscar is haunted by horrifying visions of the consequences of revealing his homosexuality — a fear compounded by his erratic father (Aaron Abrams). When he meets the handsome and carefree rebel Wilder (Aliocha Schneider, 2015 TIFF Rising Star), Oscar is immediately attracted and utterly terrified. With this striking, sometimes shocking, and often funny debut, Dunn (TIFF’s inaugural Len Blum Artist in Residence and an alumnus of Talent Lab) establishes himself as one of Canada’s brightest new talents.

“An imaginative spin on the coming-of-age tale that blends together both straightforward storytelling and recognizable emotional beats with creative flourishes.” – Katie Erbland, Indiewire