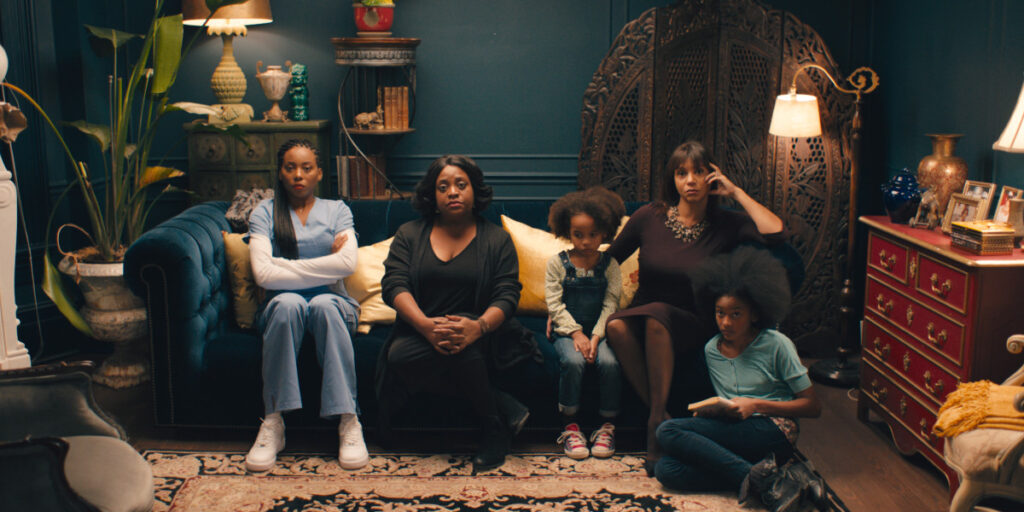 CRFF – Jean of the Joneses

Writer-director Stella Meghie takes the multigenerational family comedy into fresh new territory with Jean of the Joneses, a whip-smart tale about the twentysomething scion of an all-female Brooklyn clan wrestling with her literary aspirations, romantic mishaps, and the chaotic preparations for her estranged father’s funeral.

To say that twentysomething writer Jean (Taylour Paige) is at a crossroads would be putting it kindly — she really doesn’t know which way she’s headed. A vista of unenticing career prospects opens before her, and her latest relationship has just unceremoniously ended. Chronically self-analyzing, she often hangs out with her two aunts, mother, and grandmother Daphne (Michelle Hurst). The women constantly bicker and judge each other’s life choices, a routine that’s interrupted when the estranged patriarch of the family literally dies on their doorstep.

Ray (Mamoudou Athie), the paramedic who takes their 911 call, falls fast for the acerbic Jean. The feeling is more or less mutual, but their potential romance will have to take a back seat to the chaos leading up to the funeral. In a series of sometimes harsh, always-spirited discussions — fuelled by a complex family history, a few drinks, and the occasional toke — the women will do their best to figure themselves out, and to understand each other.

Meghie’s feature debut takes the multigenerational family comedy into clever new territory. The Jones women are thoughtful, shockingly honest, and exceptionally funny, and Jean of the Joneses observes them all with infectious affection. Moving to a sprightly jazz soundtrack by pianist Robi Botos, and exhibiting an irresistible energy, this is one of the best-written and most entertaining films of the year.