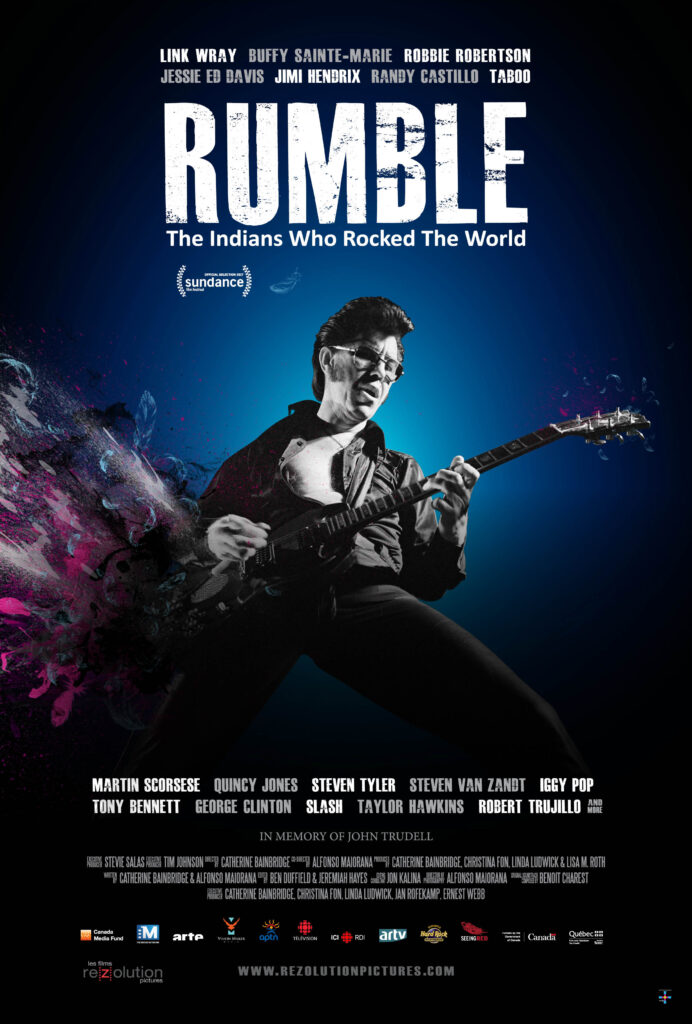 CRFF – Rumble: The Indians Who Rocked the World

This powerful documentary about the role of Native Americans in contemporary music history-featuring some of the greatest music stars of our time-exposes a critical missing chapter, revealing how indigenous musicians helped shape the soundtracks of our lives and, through their contributions, influenced popular culture.

RUMBLE is inspired by the Smithsonian Institution exhibit “Up Where We Belong: Native Musicians In Popular Culture,” created by Tim Johnson and Stevie Salas for the National Museum of the American Indian.