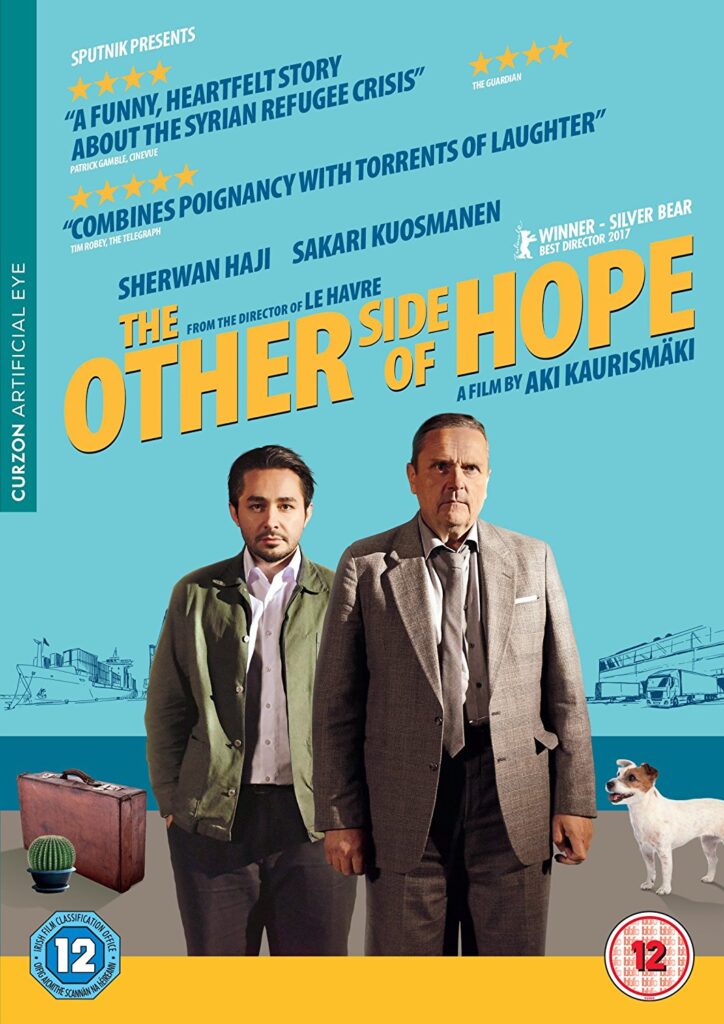 CRFF – The Other Side of Hope

The Other Side of Hope tells the stories of a poker-playing restaurateur and former traveling salesman who befriend a group of refugees newly arrived to Finland.

The film consists of two stories that by chance intersect at the forty-minute mark. The first one is about Khaled, a young Syrian refugee who has lost virtually all of his family. Almost by accident, he drifts to Helsinki as a stowaway passenger on a collier to seek asylum without great hopes for his future life.

Wikström, the other protagonist, is a travelling salesman of about fifty (representing mainly men’s shirts and ties). In the beginning of the film he leaves his alcoholic wife and his profession and turns momentarily into a poker shark. With the small amount of money he thus gains he then buys an unprofitable restaurant at the far end of an inner court along a back street in Helsinki.

When the authorities decide to return Khaled to the ruins of Aleppo he, just like many others, decides to stay illegally in the country and disappears into the streets of Helsinki. There he meets, besides various types of racism, also pure kindness. Finally Wikström finds our fellow sleeping in the inner yard of his restaurant. Perhaps he sees something of himself in the battered man because he hires Khaled as a cleaner and a dishwasher.