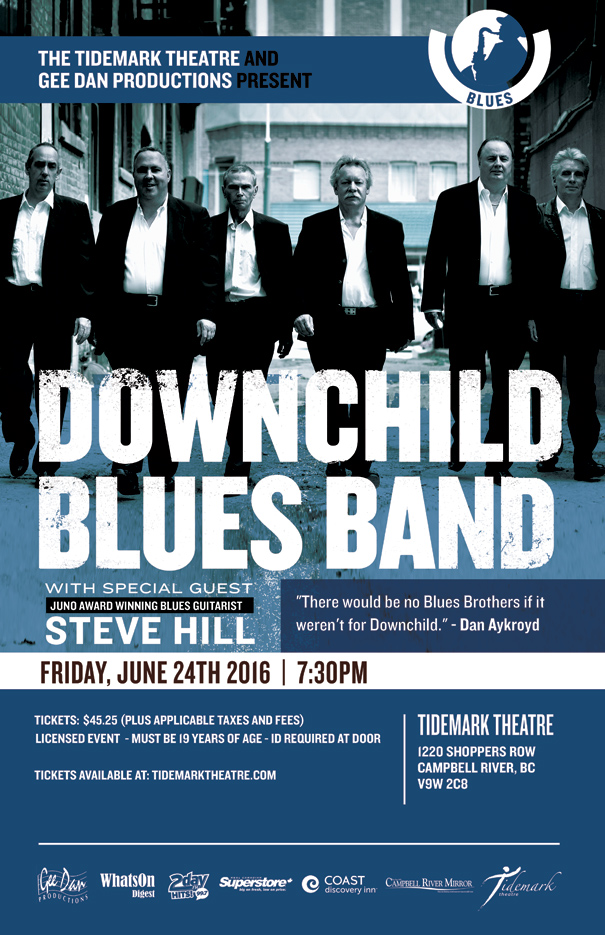 Led by guitarist/vocalist/songwriter Donnie “Mr. Downchild” Walsh, the Downchild Blues Band is the premier blues band in Canada. Their saxophone-driven jump blues provided a major inspiration for Dan Aykroyd and the late John Belushi’s Blues Brothers, who included Walsh’s tunes, “Everything I Need (Almost)” and “Shotgun Blues,” on their 1978 debut album, Briefcase Full of Blues.

The band celebrated their 45th Anniversary in style with the release of their 2014 Juno Award winning album “Can You Hear The Music.” The Legendary Downchild Blues Band have not only made a major impact here at home but around the world, alongside their contemporaries, B.B. King, John Lee Hooker and Buddy Guy, with their sweet, infectious sound.

“There would be no Blues Brothers if it weren’t for Downchild.” – Dan Aykroyd