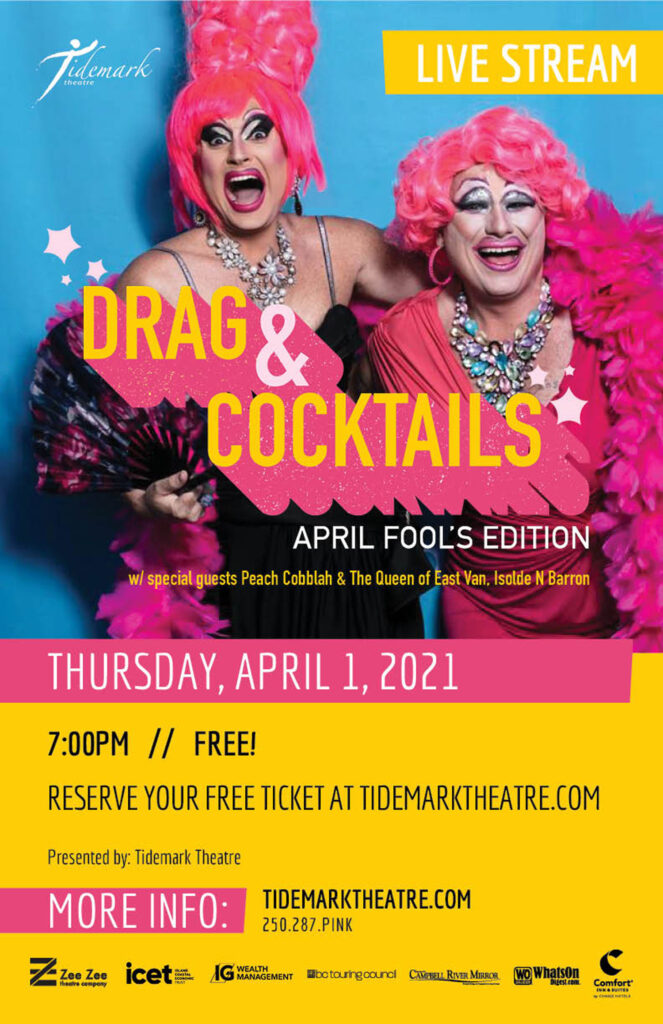 Back by popular demand, the Queen of East Van Isolde N. Barron and Baddest B**ch Peach Cobblah return for an hour filled with drag, cocktails and ALL the fun!

Let’s enjoy those quarantinis together!

This free event can be accessed via tidemarktheatre.com

Originally from South Africa, Cameron is a Vancouver-based director, producer and drag queen. As The Queen of East Van, Isolde N. Barron, she hosted The Barron Gurl Show every week in Vancouver’s West End. As the Queen Mother of the Cobalt, a space she helped transform into a vital queer hub, she hosted her own weekly show Apocalypstick for two years and was a monthly fixture at Queer Bash, East Van’s premiere queer dance party, and served as head judge for the Mr/Miss Cobalt Competition, in its 7th year.

In boy form he a critically acclaimed theatre director and is the Artistic & Executive Director of Zee Zee Theatre celebrating their thirteenth season.

Together, they are the proud parents of a hilarious and devilish almost three year old, who periodically joins them in performance under the name Fertility Flambé.