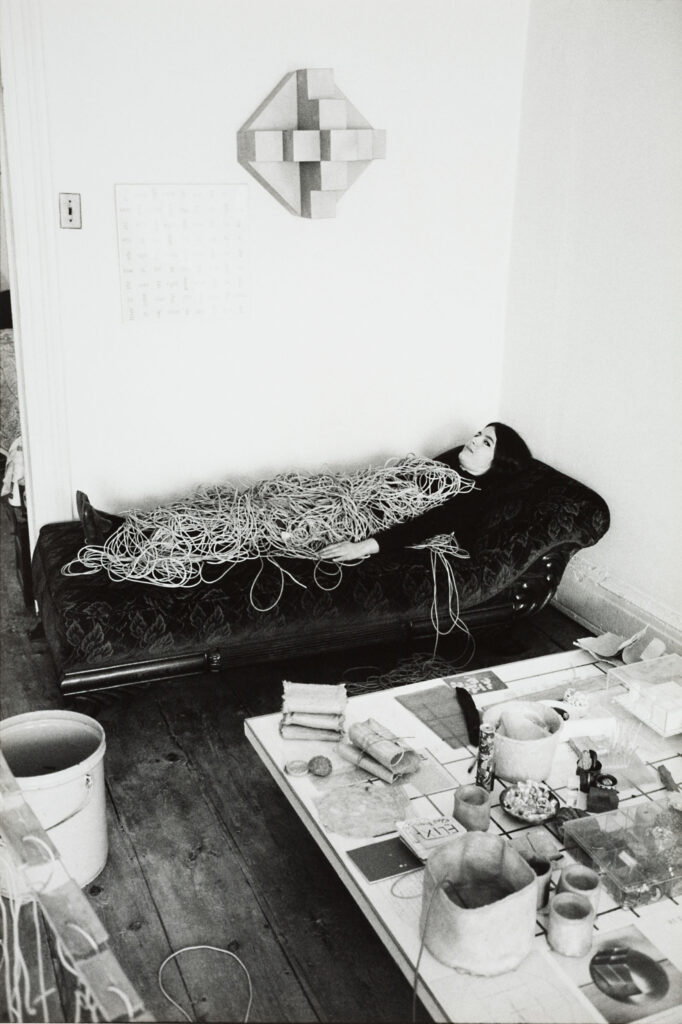 “The art world had a crush on her; after seeing this movie, I developed one as well.” – J. Hoberman Tablet Magazine

An exceptional portrait of Eva Hesse, this film profiles one of the most remarkable and important contemporary artists of the 20th century. Passionately creative and ambitious, Hesse challenged the male-dominated art world by insisting that she be evaluated not as a female artist, but purely as a contemporary artist. Her sensual and organic sculptures stood out against the more accepted minimalist works of the time. This documentary is also a unique historical picture; during World War II Eva Hesse fled to the United States where she forged a new path for herself as a contemporary artist. Hesse’s life was filled with tragedy as she endured the early loss of her parents while her extended family members were killed in Nazi concentration camps. The traumas in Hesse’s life pushed her to channel personal struggles into her art and create more. While her life was cut tragically short, there is no doubt that Hesse’s work was groundbreaking; she pushed the limits of exhibition spaces and created surprising sculptural pieces using industrial and unusual materials. Her sculptures are deeply personal, vulnerable, and seemingly alive. Eva Hesse’s story is imperative for anyone interested in the mid-20th century shifts in contemporary art and the impact of women in the arts.