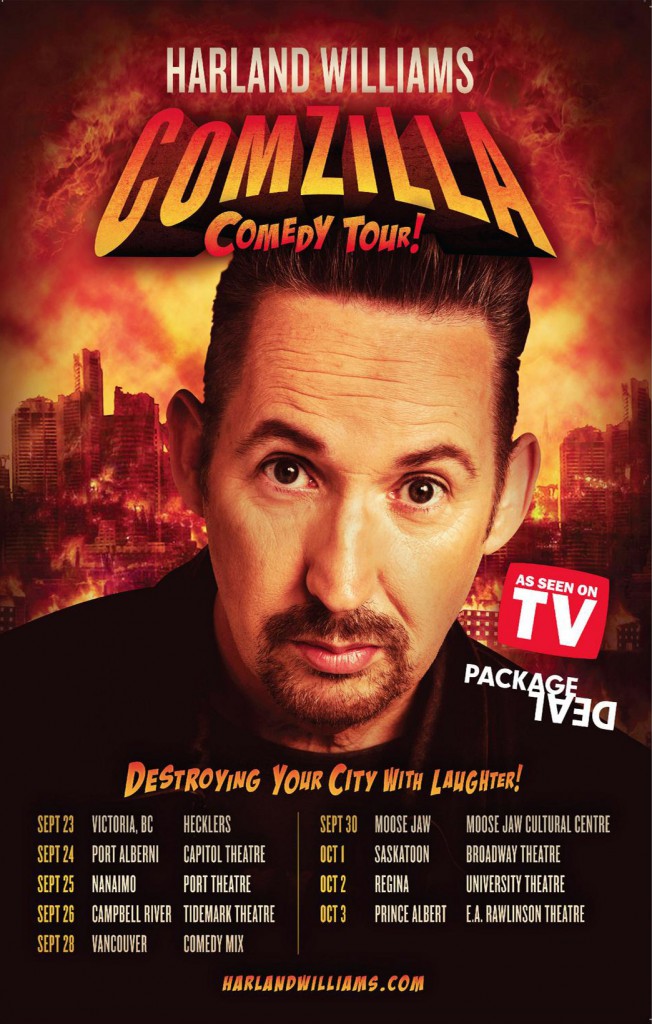 HARLAND WILLIAMS is known the world over for his HILARIOUS stand up comedy and numerous appearances on The Tonight Show, Letterman, Conan, and more. Harland is also one of the stars of the NEW hit sitcom PACKAGE DEAL, where he plays SHELDON, the oldest and most outrageous of three dysfunctional brothers.

And let’s not forget Harland’s incredible movie roles including Dumb and Dumber, Freddy Got Fingered, There’s Something About Mary, Half Baked, Superstar, RocketMan, Sorority Boys, Down Periscope, The Whole Nine Yards, Employee of The Month, and many more.