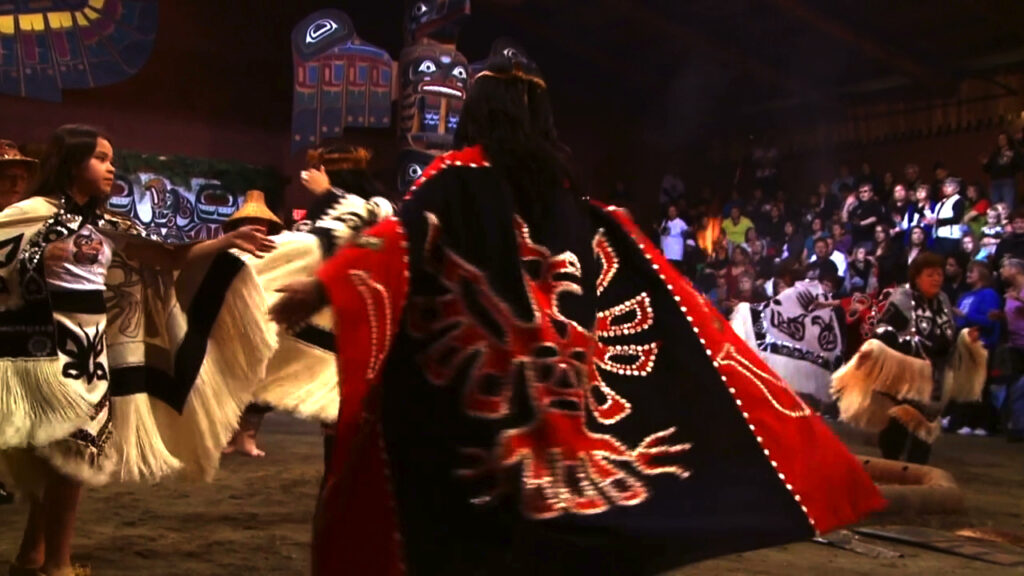 How A People Live (RAFF)

This powerful documentary by Lisa Jackson, tells the story of how the Canadian government forcibly re-located the Gwa’sala-‘Nakwaxda’xw First Nation to Port Hardy in 1964 and destroyed their homes, making it impossible to return. How A People Live follows the experiences of the Gwa’sala-‘Nakwaxda’xw people as they create a new life with limited resources, an oppressive residential school system, and extreme hardship. The film also reveals the fortitude of this group as they build a stronger community in spite of the homesickness for their lost land. Filled with touching interviews, rare archival photographs, and Jackson’s footage of their artistic practices and theatrical dances, How A People Live is a beautiful film and valuable story.

Watch the trailer for How A People Live here.

This feature documentary will be preceded by two short films also by Jackson; Savage artistically critiques the residential schools through dramatic musical means, and Suckerfish is a creatively animated short that narrates Lisa Jackson’s experience of learning about her Indigenous identity.

We are also honoured to announce that the films Producer Catrina Longmuir and a representative from the Gwa’sala-‘Nakwaxda’xw First Nation will be joining us for a discussion panel after the films screening. Please join us for this thought-provoking film and conversation.

Jackson’s films have won numerous awards; in 2004, she won the inaugural imagineNATIVE Alliance-Atlantis Mentorship Award, in 2005 the Vancouver Arts Award for Emerging Media Artist, and in 2012 the ReelWorld Festival named her a Trailblazer. She is Anishinaabe and has a BFA in Film Production from Simon Fraser University.

These films and all of Lisa Jackson’s work in distribution are represented by Moving Images Distribution.