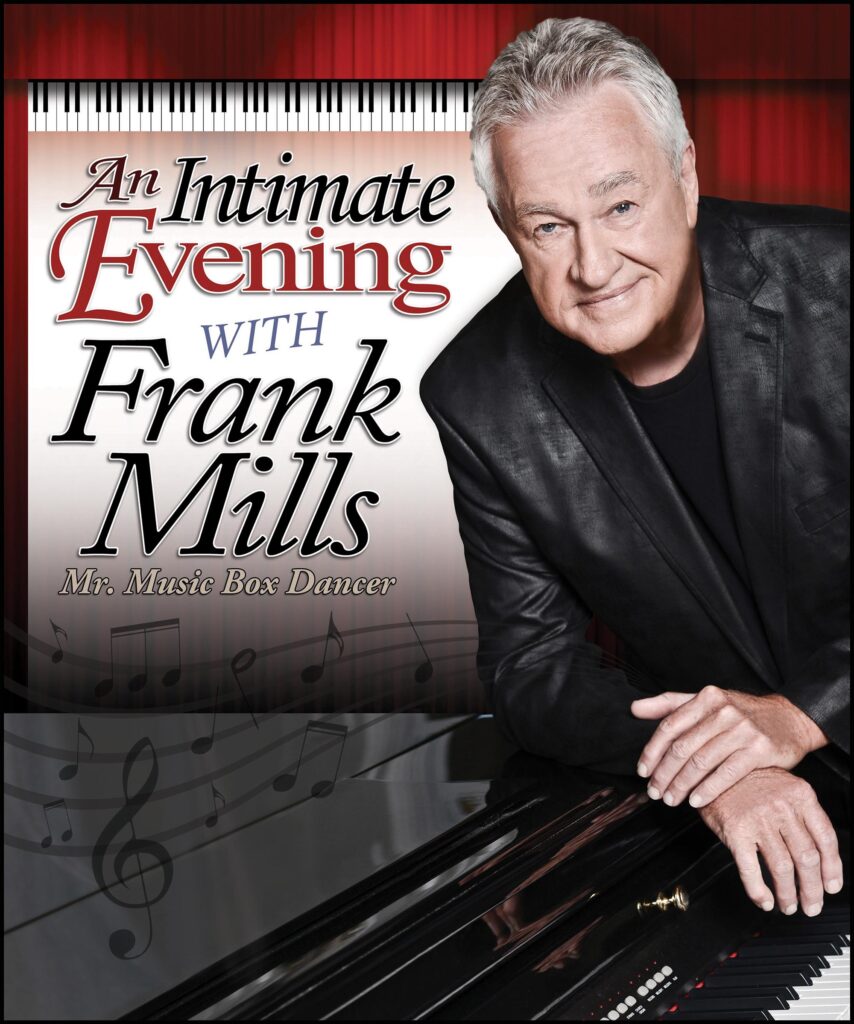 An Intimate Evening with Frank Mills

Internationally known pianist FRANK MILLS shines his musical light once again as he returns to the stage with: “An Intimate Evening with Frank Mills”.

It’s like spending an evening in Frank’s living room as he shares music, memories and even some humour of over forty years at the piano and on stages around the world.

Musically the show will include traditional favorites and a touch of holiday spirit. On a personal level Frank will share incredible stories – from growing up in a house full of music, the struggles and the humour of breaking into the music business… and most certainly the story of one special song that almost never got released, but would eventually skyrocket his career to international fame.

FRANK MILLS is a multi-award winning million selling composer/performer is best known around the world for “Music Box Dancer”, a self composed recording released in the 1970’s which even to this day remains one of the most recognizable pieces of music ever played – reaching #1 in a staggering 26 countries.

Now some 40 years later Frank Mills enjoys meeting his loyal fans once again as well as next generation of fans and piano students who are just discovering his music.

FRANK MILLS… his music is “Timeless”.

***IMPORTANT NOTE:  There has been some confusion over the ticket price for our upcoming Frank Mills show after a misprint in the current Tidemark brochure. Just to clarify: Tickets for this show are $54.00 (plus applicable taxes and fees) NOT $27.00. We apologize for any confusion this may have caused and are currently working with the printer to correct this mistake.