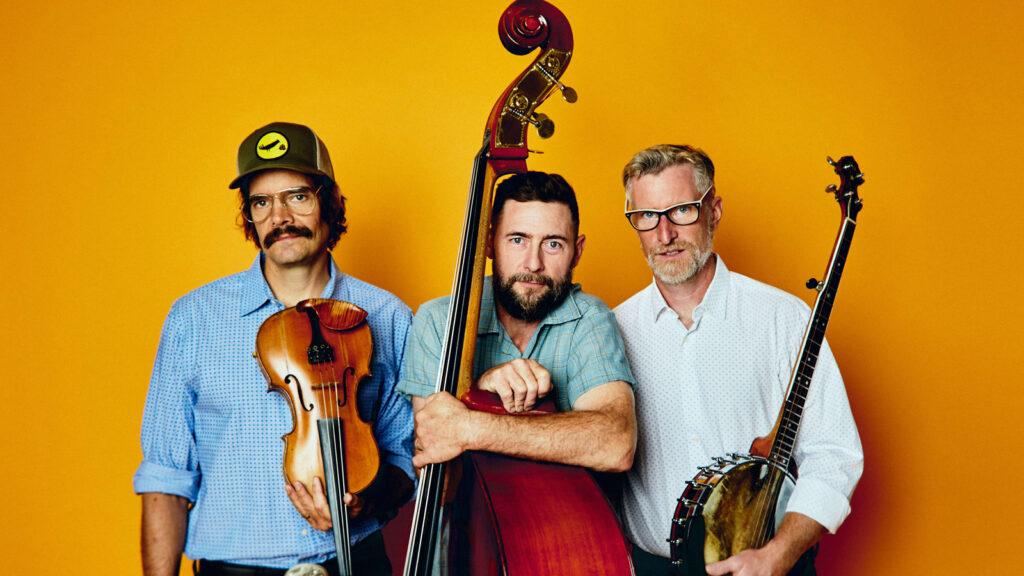 Highway 19 Concerts and CR Live Streets welcome back one of Canada’s top old-time and bluegrass bands for an intimate performance at Rivercity Stage.

Lonesome Ace Stringband’s first visit to Campbell River was a sold out show in 2019 that was voted a finalist in the Mirror’s Readers’ Choice Awards for performance of the year. Mike Davies wrote of the show “There’s a fullness to the Lonesome Ace Stringband that belies the fact that there are only three of them on stage, as they weave their individual efforts together into a tapestry of energy that flows from stark and sparse contemplative reflections on life to knee-slapping, toe-tapping energy that makes you want to get out of your seat and dance…”

Chris Coole (banjo), John Showman (fiddle) and Max Malone (bass) are each journeyman musicians, in-demand session players, and veterans of some of Canada’s top roots music acts such as New Country Rehab, David Francey, The Foggy Hogtown Boys, and Fiver. All three are also compelling lead singers, each with his own character and range. This allows for the vocal texture to shift depending on how the song needs to feel – and what the song has to say. When those voices come together the power of the harmonies is unshakable.

In 2007, the band took up residency in Toronto’s legendary Dakota Tavern routinely playing 10 sets of music every weekend. They spent 7 years as a house band before ever taking the show on the road or recording a note. Those years were a gestation period that allowed for a type of looseness and intuition to develop, something that can only come from experienced musicians clocking hundreds of on-stage hours together.

Lonesome Ace Stringband has toured internationally, been engaged at some of the largest festivals in North America and Europe (including Merlefest, Rockygrass, Wintergrass, Winnipeg Folk Festival, Vancouver Folk Festival, Gooikorts, John Hartford Memorial), and released four critically acclaimed studio albums. Their most recent release Lively Times was recorded live at the ANZA Club in Vancouver just a week after their memorable Campbell River debut in 2019.