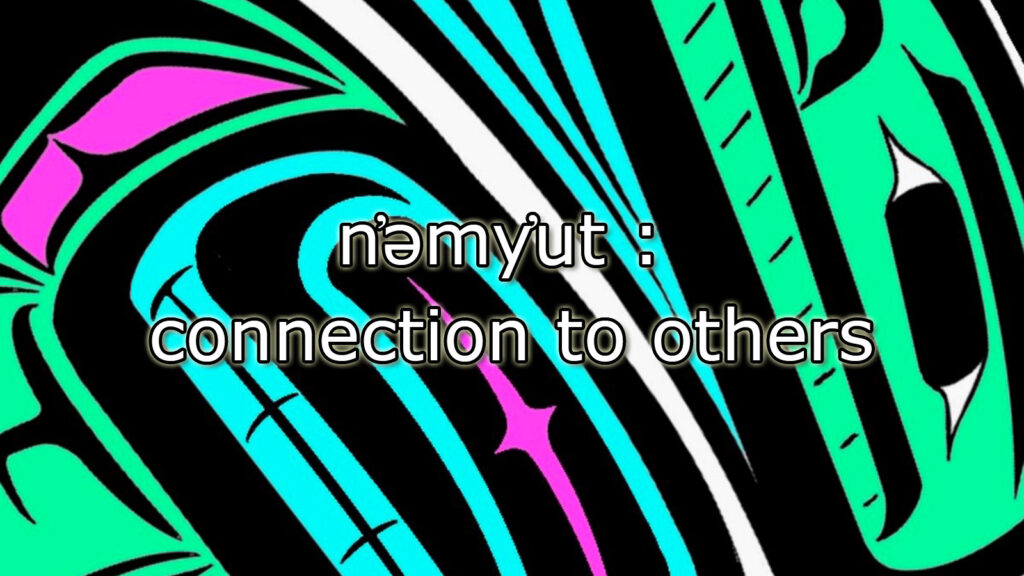 n̓əmy̓ut: Connection to One Another

The 2022 Art+Earth Lecture will feature a review of the connections made during the Artist in Residence Program (June to October 2022) at the Walter Morgan Studio in Willow Point. This Campbell River Arts Council program features Shawn Decaire as our 2022 artist.

Shawn, alongside Sharon Karsten (Walk With Me) and Jenelle Pasiechnik (Curator of the CR Art Gallery), will explore the connections between the challenges of homelessness, poverty, drug and alcohol abuse and the various programs each organization collaborates on toward creative solutions. It will reveal much of the amazing work being done in Campbell River to address this complex set of connections.

Shawn Decaire is a member of the Laxwaxdaxw people, the southernmost tribe of the Kwakwakawakwe Nation. He was born in Campbell River in 1981. Shawn’s family was not involved with anything cultural due to the impacts of residential schools, but in 2001 he was invited by the people of Kingcome Inlet to join them on a traditional gathering of canoes.

Known as a Tribal Journey, this lifechanging experience took him from his village in Cape Mudge to the final landing place in Ambleside, West Vancouver. Over those two and a half weeks, Shawn was inspired in every cultural way from traditional singing to art and carving. During the journey Shawn met inspirational people who became role models to him, including the late Chief Frank Nelson, and the man who inspired him to be a traditional singer, Chief William Wasden Jr.

After returning home with all this inspiration, Shawn dedicated much time to learning the culture of his ancestors and the reasons why so much was lost. Near the end of 2002, Shawn made the greatest dedication of change in his life – he surrendered his addictions of street drugs and alcohol. He worked harder on his arts of singing, carving, and helping people. And for 20 years Shawn taught himself and learned from many great cultural teachers to become established in the cultural and artistic world.

Most of the traditional crafts Shawn creates are for ceremonies, such as potlatches and feasts. He does not sell much of his art. He said, “It is not the value of cash you carry that makes you rich, it is the love in your heart.”

Music, video and photographs will accompany the presentations.

In-person Admission by donation at the door