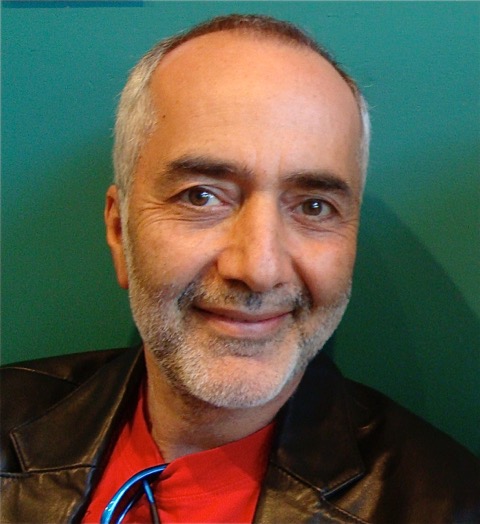 Don’t miss the annual Haig-Brown Lecture by renowned singer and ecology advocate Raffi Cavoukian, titled “Respecting Earth and Child: Child Honouring and Sustainability”. Proudly co-presented by the Campbell River Museum, Campbell River Arts Council and Haig-Brown Institute, the event was created to honour the memory of celebrated Campbell River author Roderick Haig-Brown and has grown into an important voice for conservation. Raffi’s lecture will be accompanied by a short documentary film, “Primeval: Enter the Incomappleux”, by Campbell River’s own award-winning filmmaker Damien Gillis, who will be on hand to introduce the film.

Known by his first name alone, Raffi was a pioneer in quality recordings for kids on his indie label, Troubadour. For millions of fans, Raffi’s music was the soundtrack of their childhoods, and they took his signature song, “Baby Beluga,” to heart. These “beluga grads” now share his music with their own kids. Raffi has been described by the Washington Post and the Toronto Star as the most popular children’s entertainer in the Western world, and Canada’s all-time children’s champion.

Raffi is a music producer, author, entrepreneur, speaker, and ecology advocate. He is the recipient of numerous honours, including the Global 500 Roll, the Order of Canada, and the Order of BC.  He holds four honorary degrees and is a member of the Club of Budapest.

In a career spanning four decades, Raffi has refused all commercial endorsement offers and has never taken part in direct advertising to children. In 2006, he was awarded the Fred Rogers Integrity Award for this work.

In 2010, Raffi founded The Centre for Child Honouring on Salt Spring Island, BC.  With the motto “Respecting Earth and Child,” the Centre is at the heart of a global movement that views honouring children as the best way to create sustainable, peacemaking societies.

His recent work includes the book, Lightweb Darkweb: Three Reasons To Reform Social Media Before It Re-Forms Us , his new kids’ album, Owl Singalong, and the recently-released Best of Raffi.

The Haig-Brown Memorial Lecture Series was created by the Campbell River Arts Council in 2009, and is a partnership of the Arts Council, the Museum at Campbell River and the Haig-Brown Institute.  The intention is to honour the legacy of both Roderick Haig- Brown and Ann Haig-Brown (nee Elmore).  Roderick Haig-Brown (1908-1976) applied his passion equally to fishing, writing, conservation, and public service and left behind a strong legacy of literary excellence, centered on the rivers of British Columbia. His work represented an early environmental voice.  Ann Elmore was a major force for social justice issues in Campbell River, notably around the challenges facing women.  The Ann Elmore Transition House is named in her honour. The Haig-Brown Memorial Lectures provide an annual forum for writers to inspire a new generation with their vision for the environment, social issues and literary excellence.