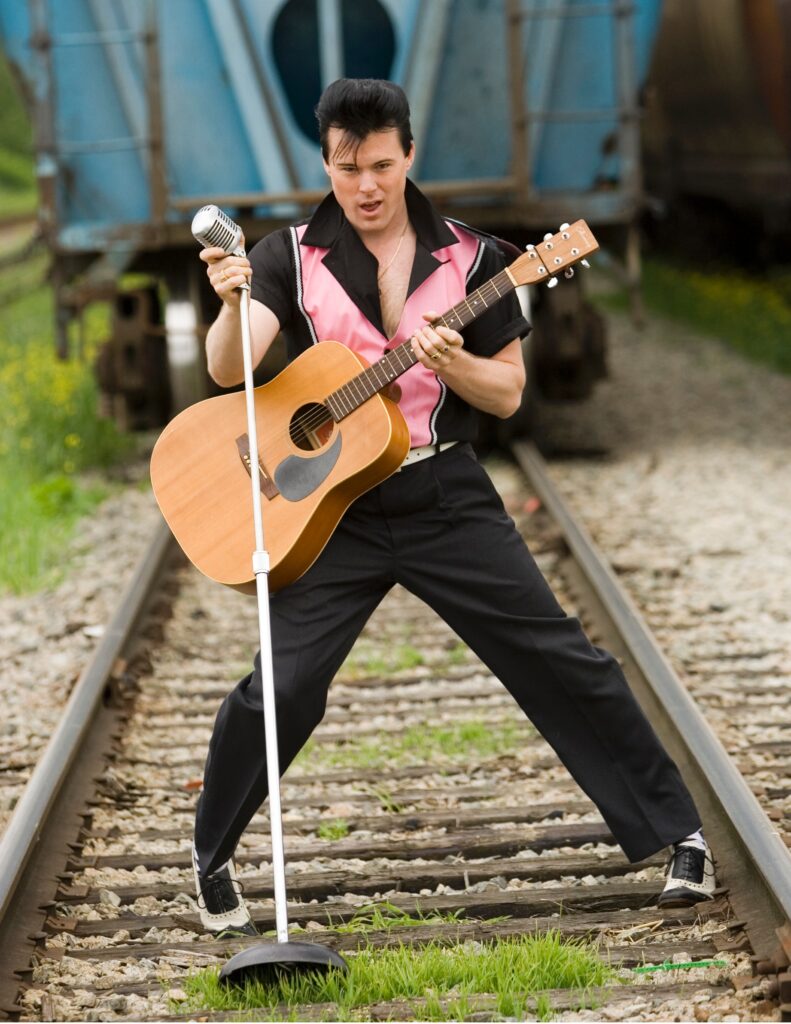 Steve Elliott of Elvis Elite is a world class tribute singer and entertainer from Vancouver, BC.

Born in Nanaimo, BC, Steve started his career in 2004 after winning the Top Canadian Tribute title at Penticton’s Annual Elvis Festival, as well as the Elvis Mania Festival in Cloverdale, BC! Steve had the privilege of performing at the Vancouver PNE in 2007, performing as the “Young” Elvis, marking the 50th anniversary of when Elvis himself performed in 1957. Hosting the event was legendary DJ Red Robinson.

Again, in 2010, the original Empire Stadium was resurrected to host the BC Lions (football) season and Steve was invited by Red to perform a special half time show for over 25,000 fans, marking history at this one-time event.

Steve has the Young Elvis down to a tee, along with the hip swivels and classic duck walk that made Elvis so recognizable in the 50’s. Crooning through the ballads and rockabilly hits, Steve is ready to shake things up!

It doesn’t stop there… Steve also performs as the 60’s Elvis, and the Las Vegas Years with plenty of costumes to flair! The show is set with a full backdrop and high tech LED lighting that really sets the mood.

Proceeds from this event support the Campbell River Shrine Club.