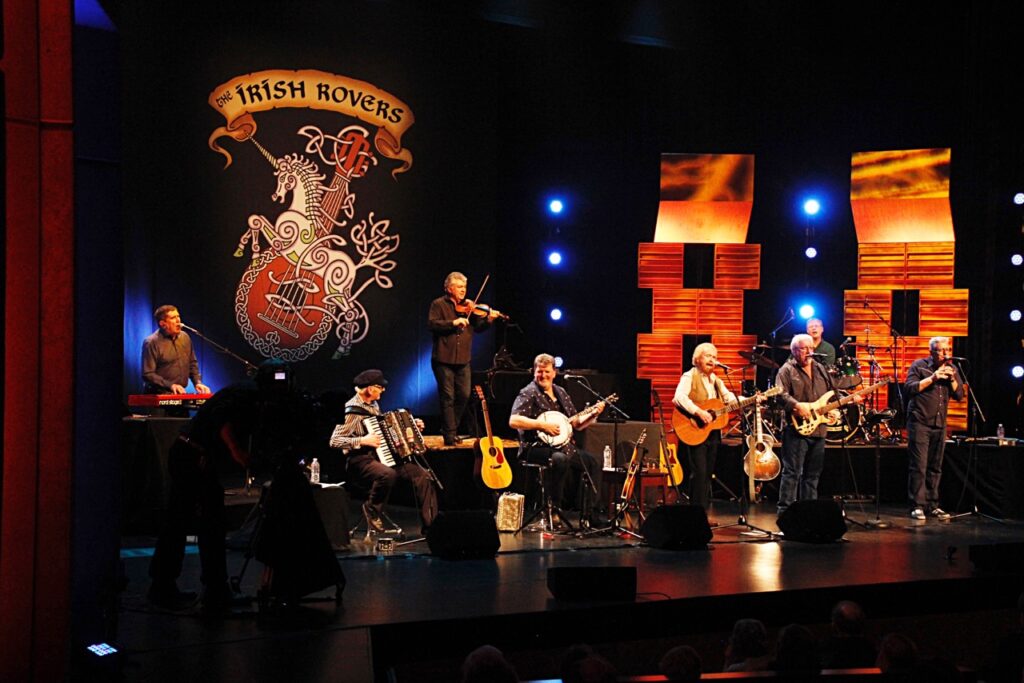 The Irish Rovers return to The Tidemark for their 50th Anniversary Tour! The Celtic supergroup are selling out concerts worldwide and garnering rave reviews as they go.

The band was founded in Canada in Toronto but first became known on American television in the 60s. As guests on The Tonight Show, The Smothers Brothers Show, Mike Douglas Show, The Virginian, The Dating Game (George Millar actually won the date), they gained experience before hosting three international television series “The Irish Rovers Show”, “Party with The Rovers” and “The Rovers Comedy House” for CBC and Global Television throughout the 70s and 80s. At that time, fans enjoyed their early hits like Black Velvet Band, The Unicorn, Whisky on a Sunday and Wasn’t That A Party. These days, the Rovers are back on the radio, have released 3 television specials in the last few years, and gone viral on YouTube with their recording of Drunken Sailor!

“The Irish Rovers, 50th Anniversary Special” is now broadcasting on Shaw TV VideoOnDemand – Tune in for more on the band’s history and music.

On tour, the band will be releasing “50th Anniversary, LIVE on St. Patrick’s Day” DVD, plus bringing their ultimate music product “The Irish Rovers, 50 Years” 3 CD set – the best music of The Rovers legendary career, and their brand new Children’s album, “Songs for the Wee Folk” – all available at the concert!

An unforgettable experience! A rip-roaring good time. – Foundation for the Performing Arts

Irish balladeers with calculated wit and whimsy and a brogue to win the ladies hearts. – Otago Daily Times, New Zealand