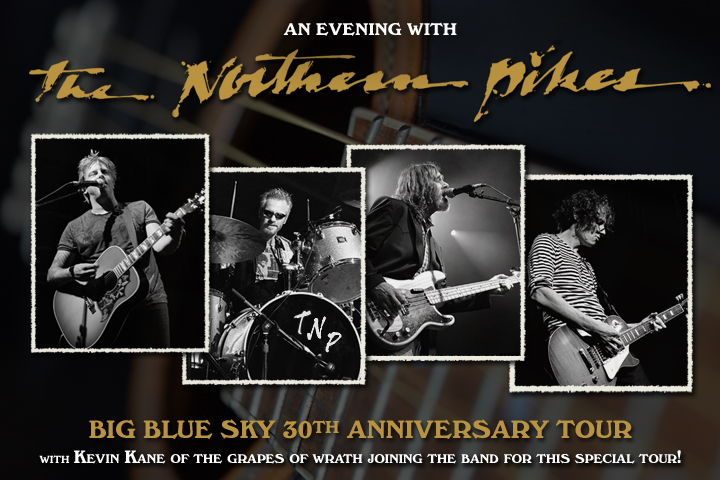 The Northern Pikes are celebrating the 33rd anniversary of their inception and the 30th anniversary of their first album, “Big Blue Sky”. Formed in Saskatoon, Saskatchewan, in 1984, and after the release of six studio and two live albums, plus other compilations and collaborations, they were inducted into the Western Canadian Music Hall of Fame in 2012 and continue to be a crowd favourite whenever they tour.

The Northern Pikes’ music, poignant lyrics and vocal harmonizing still sound as fresh and innovative today as it did when they first appeared on the scene in the 80s.  The legacy of the Northern Pikes continues, with the band rocking every venue they perform at, garnering glowing live reviews and entertaining their beloved audiences with their timeless songs and genuine love of the stage.

On the Big Blue Sky 30th Anniversary Tour the Northern Pikes are excited and honoured to be joined onstage on guitar and vocals by their friend Kevin Kane of the iconic Canadian band The Grapes of Wrath – this will truly be an epic Canadian concert experience.