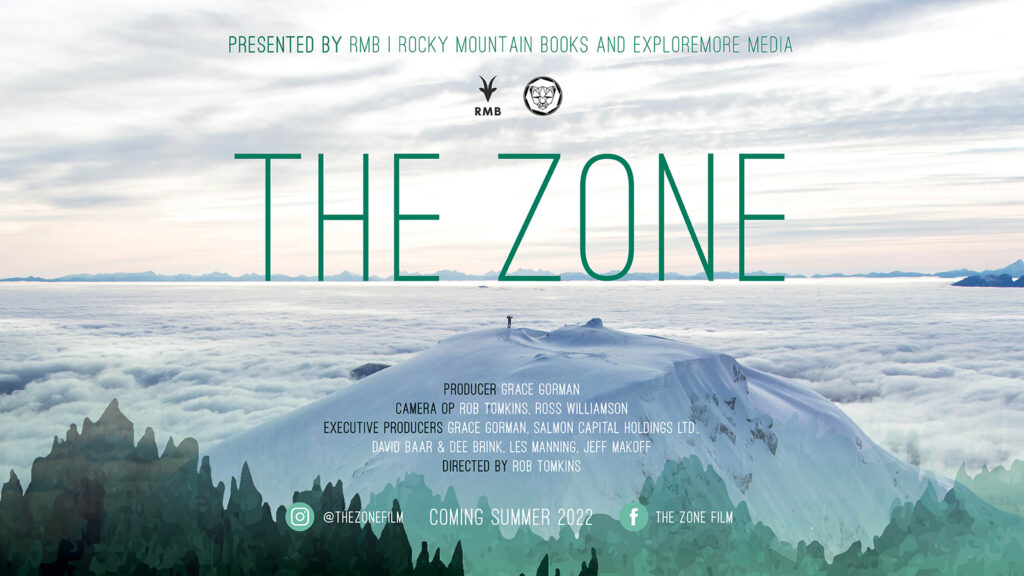 A brief personal meditation on the healing power of living a life connected to the sublime beauty of the natural world.

Based on the core philosophy expressed in Rob’s most recent book by the same name, The Zone is an autobiographical account that details the emotional and physical struggles of internationally renowned mountaineer, naturalist, activist and architect, Rob Wood, as he deals with the ravages of Parkinson’s disease on his body and mind.

The Zone follows Rob from his home on Maurelle Island to Mount Van Der Est; the mountain he never thought he would climb again. Along with some of Canada’s amazing mountaineers, Rob shares his journey with us as he attempts to pull off one last climb while dealing with Parkinson’s Disease. This documentary style film captures raw, genuine conversation between climbers, mountaineers, and lovers of the outdoors – of the battles that have been had, the respect that has been demanded, and the unconditional love for all.

The Zone is an inspiring manifesto of resilience and a love song to the power of nature.

Rob Wood has been a professional architect, pioneering mountaineer, organizer of ocean-to-alpine expeditions, instructor of wilderness self-reliance at Strathcona Park Lodge, and a founding member of the Friends of Strathcona Park, a protest group that helped stop logging and mining in the park. He is also the author of At Home in Nature: A Life of Unknown Mountains and Deep Wilderness. After more than 40 years, Rob and his wife, Laurie, still live on Maurelle Island, British Columbia.