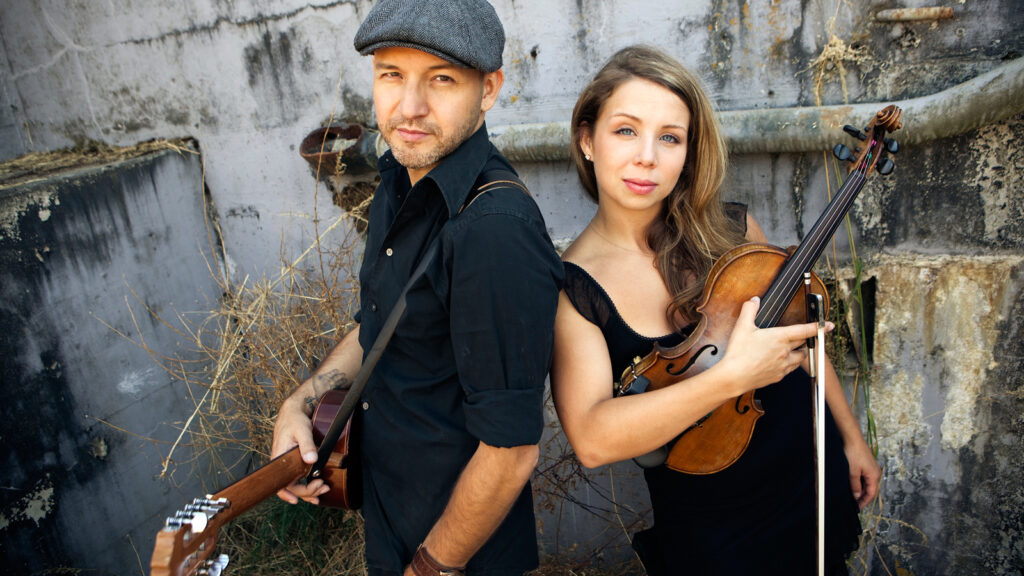 Folk-roots power couple Tom & Kalissa Landa are best known as lead members of The Paperboys, or their Latin-inspired counterpart Locarno, as well as the BC World Music Collective.

With their relentless tour schedule cancelled during the pandemic they took to playing live, online, for their social media communities. Everyday for three months, the couple shared acoustic and duo versions of their songs to entertain people and lift spirits during lockdown. They called these online gatherings, The Slipper Sessions. From these sessions came new songs, penned specifically for the two of them. The songs were more introspective and intimate than any of their ensemble work.

Now they’re taking the Slipper Sessions on the road performing as a trio along with longtime friend and collaborator Steve Mitchell on guitars. Tom & Kalissa Landa will play a selection of original songs, sung in both English and Spanish, as well as traditional folk material from Celtic, Latin and Americana traditions.

Tom was born in Mexico City and moved to Canada as a teenager. He founded the Paperboys in 1992 and they’ve been touring the country and the world, lighting up stages with their freewheeling blend of influences from Celtic and bluegrass, to Mexican son jarocho, brass bands, and Canadian roots. They’ve released nine albums picking up two Western Canadian Music Awards and a Juno Award and numerous other nominations and accolades. Locarno began in 2006 as an outlet for Tom’s deeper exploration into the music of his Mexican roots.

Kalissa started playing the fiddle as a toddler in Victoria raised on the folk music of her Chilean father and her mother’s Maritime reels. At 12 years old became the youngest person to win the BC Provincial Fiddle Champion competition, and had already released an album as the fiddle-duo Fiddlemania with her sister Ivonne Hernandez. After playing with numerous groups and musicians in the Victoria area she joined the Paperboys in 2009, beginning a lifelong partnership with Tom Landa.

As part of GoByBike week anyone who cycles to the show will receive a voucher for one free beverage at the concession. All rides including this one from October 3-16 can be registered at gobybikebc.ca/campbell-river for a chance to win more prizes.