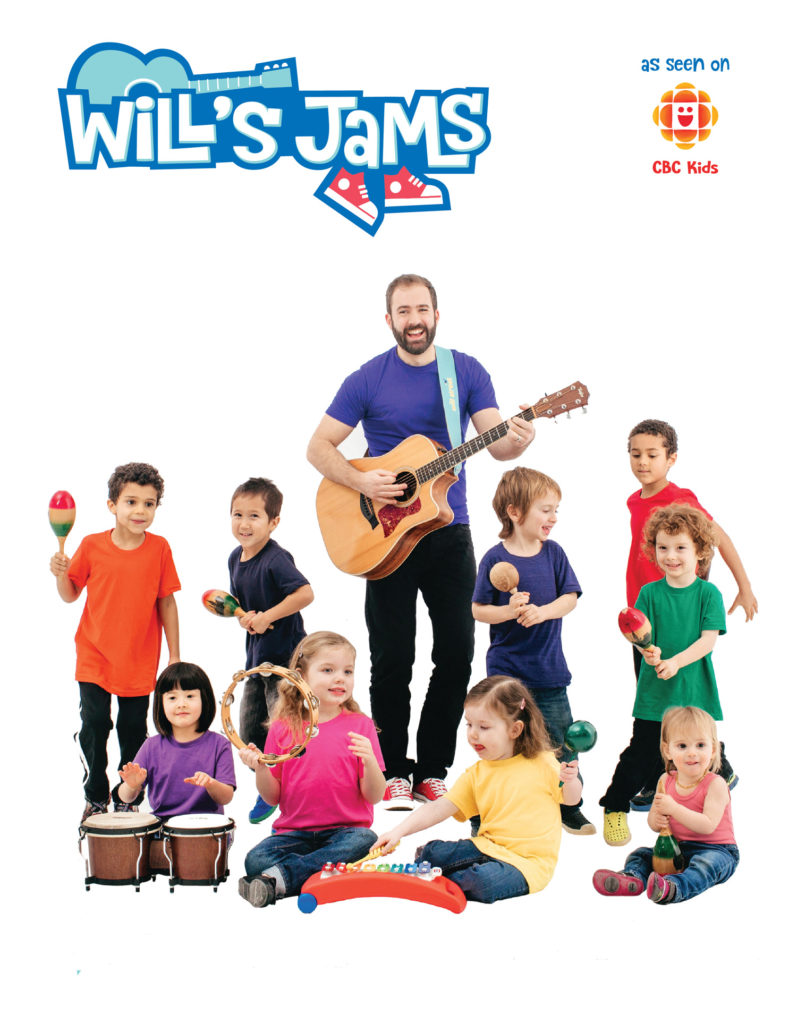 Catchy and kinetic, Will’s Jams is a power trio who performs high-energy songs in English and French with fun actions and sing-along choruses. Kids and their parents will be cheering for libraries, loving their bikes and rallying for vegetables – all while they’re on their feet and dancing away. Will’s educational rock, pop and blues songs, peppered with witty wordplay, ignites imagination and motivates movement for the young and young-at-heart.

Will’s Jams is children’s musician Will Stroet. He’s a Juno-nominated singer-songwriter CBC Kids TV star, educator and dad who creates multilingual music that ignites imagination and motivates movement for the young and young-at-heart. Through witty wordplay and catchy choruses, Will inspires kids to be active, healthy, creative and engaged in the world through educational music in English and French.Will first discovered his talent for writing kids music while completing his education degree at the University of B.C. After releasing his first album in 2005 and playing hundreds of shows around Vancouver, Will knew he had found his calling. In 2009, he took leave from teaching to pursue music full time and has never looked back. Over the years, Will has performed more than 1,800 shows at major festivals, schools and theatres across Canada and in China. He has garnered national recognition for his nine albums in English and French including a 2017 JUNO nomination for his latest album, “Wordplay,” six WCMA nominations, two from the CFMA and two from the Sirius XM Indies. In 2015, UBC’s Faculty of Education honoured Will in their top 100 Alumni awards. In addition to being a devoted dad of two girls, Will is passionate about his work as an artist, educator and board member with ArtStarts in Schools, which supports art and creativity amongst BC’s young people.

First come, first served. Limit 4 tickets per household. Please indicate at the time of reservation if you require wheelchair seating.

If your tickets are not scanned in 15 minutes before the performance, we will release your tickets to other patrons. If you were not able to get tickets ahead of time, please come check at the Box Office on Family Literacy Day!

Every body that goes into the auditorium MUST have a ticket, including infants.