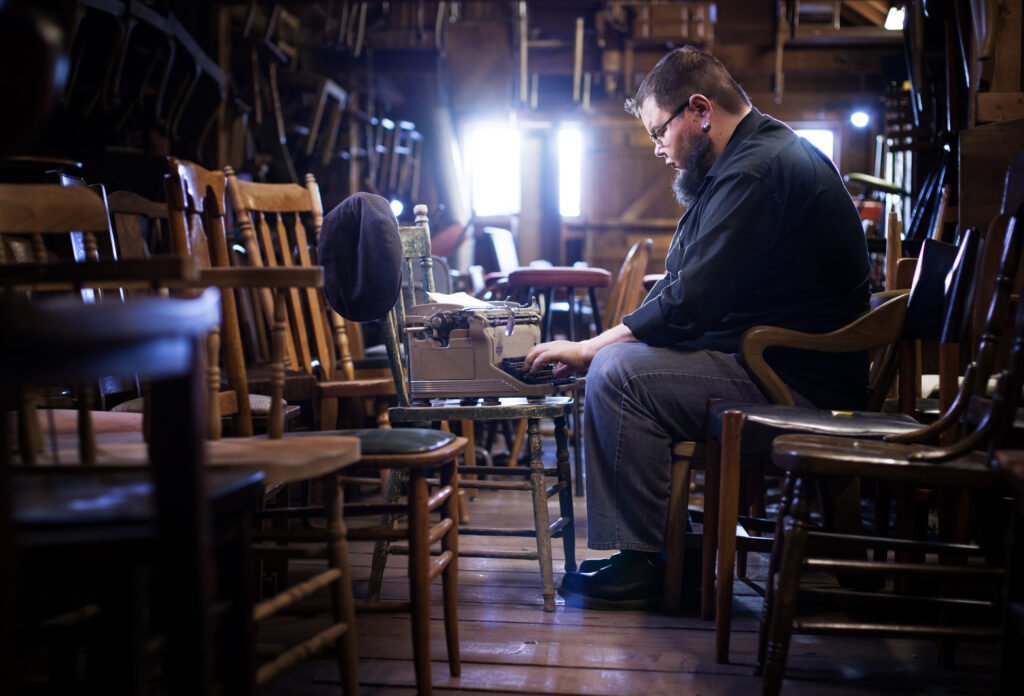 In a realm where poets rarely intersect with stardom, the Opening Ceremonies for the 210 Winter Olympics introduced the world to Shane Koyczan.  With a collective “Wow” across Canada and beyond, we found the poet of our generation.  His 2018 BC tour will include a performance in Campbell River at the Tidemark Theatre on September 30th.

The world took notice when Shane`s influential, anti-bullying video To This Day went viral with over 18 million views. But unlike the musicians that he is often compared to, poets rarely infiltrate pop culture.  Koyczan emerges in a new wave of 21st century poetry that dares to belong to the people and speak directly to them in their own voice.

With his rhythmic verse in high gear, Shane Koyczan navigates his audience through social and political territory with a furious honesty and a tender humanity that has brought audiences to their feet in New York, London, Edinburgh, Sydney, Stockholm, and Los Angeles, just to name a few.   He has received 5 star reviews for his performances around the globe.    Winner of the US slam Poetry Championship and the Canadian Spoken Word Olympics, Koyczan is an extraordinary talent who has blown the dust off the traditional designation “poet”.

Sponsored by the Campbell River Mirror, What’s On Digest and Coast Discovery Inn, the Tidemark Theatre and Gee Dan Productions proudly present, Shane Koyczan at the Tidemark Theatre on September 30th, 2018.   Tickets are $35.00 (+applicable taxes and fees) and can be purchased at the Box Office Tuesday through Thursday between 12pm and 4pm.  Tickets are also available online:  tidemarktheatre.com OR 287.PINK!