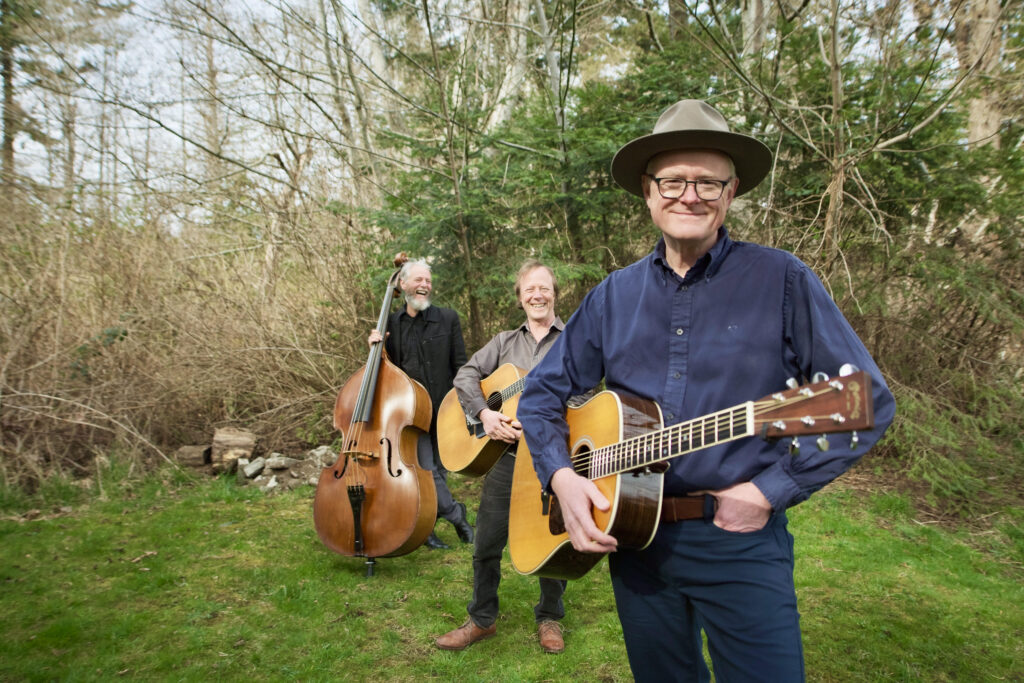 In 1970, John McLachlan’s grade four student teacher, Ms. Dolan, played “Canadian Railroad Trilogy” for the class. Little did he know that this one song would be the first spike in a long track that would run throughout his life, and inspire him to take up music as a career.

Lightfoot’s songs became the soundtrack of John’s youth, and has stretched into adulthood as he became a lifelong fan of his music, attending over 30 concerts.

McLachlan took to writing his own songs in his late teens, and has toured extensively in western Canada, and has even performed his originals (and Lightfoot’s) as far away as Bogotá, Colombia.

After moving from Vancouver to Hornby Island in 2011, he began working with guitar and mandolin player Marc Atkinson (Marc Atkinson Trio, The  Bills), and bassist Scott White. This combo of singer, acoustic lead guitar, and bass had obvious similarity to Lightfoot’s early trio. The idea gelled to create a show based on this instrument make-up, but to do arrangements that were different from the originals.

Throughout the show, John relates stories of his first encounters with the songs as they were released. For example, there was the time in 1972 when his mom said, “you can have five dollars to buy a record, or go for lunch”—the record won out—John bought the newly-released album, Don Quixote, which went on to become his all-time favourite album. He also recalls sitting with his dad on the floor of his bedroom as they lifted and dropped the needle of the record player over and over, carefully writing out the lyrics to the “Canadian Railroad Trilogy.”

As the John McLachlan Trio has performed this show, one thing has become clear: a lot of people have their own relationship to these iconic Canadian songwriter’s songs. For the audience, the show is a dip into their past as they recall the 1960s and 70s.

The trio performs many of the well-loved hits, but also pulls up some more obscure “album cuts,” and does many of them in new, yet recognizable, ways. You’ll hear “Wreck of the Edmund Fitzgerald,” and “Sundown” done a little differently, and others such as “If You Could Read My Mind,” and “Early Morning Rain” a little closer to their original styles.

If you know what a railway spike is, chances are you’ll thoroughly enjoy this journey through ten years of the best of Gordon Lightfoot.

Sponsored by the BC Touring Council, Campbell River Mirror and the What’s On Digest, the Tidemark Theatre presents, Early Morning Rain: The Songs of Gordon Lightfoot featuring the John McLachlan Trio on Thursday, October 7th at 7:30pm. Tickets are $32 for in-person Member admission, $37 for in-person Non Member admission and $15 for live streaming admission (+ applicable taxes and fees). Tickets can be purchased at the Tidemark Box Office, Tuesday through Thursday between 12 p.m. and 4 p.m. Tickets are also available online: tidemarktheatre.com OR 287-PINK.