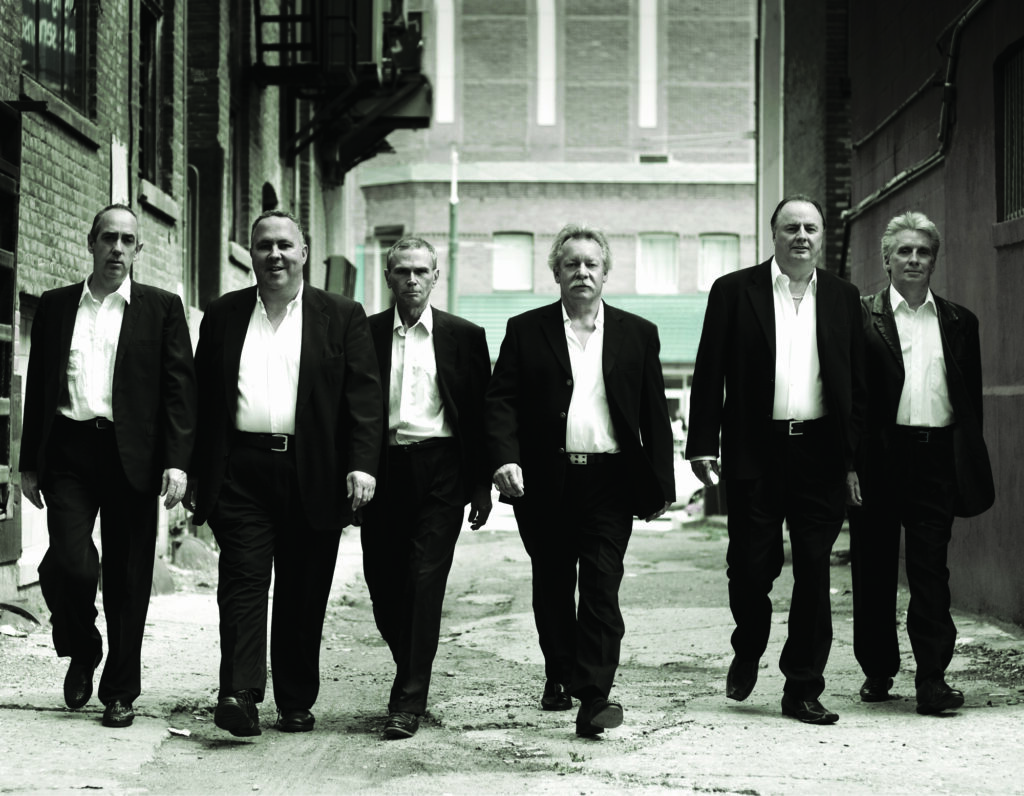 Campbell River, BC – For just about every waking moment since he formed the Downchild Blues Band – Canada’s best known and best loved blues outfit – Donnie Walsh has been living the dream that changed his life back in the mid-1960s when someone dropped a Jimmy Reed album onto the turntable at his girlfriend’s 16th birthday party in suburban North Toronto.

It’s a moment Walsh – he also answers to his “given” name, Mr. Downchild, taken from a song by Sonny Boy Williamson II – says he will never forget.

“That was it. I was hooked. I never wanted to play anything else.”

He drove his girlfriend crazy learning Reed’s lip-splitting harmonica technique, then James Cotton’s. He locked himself away from the world while he picked apart Muddy Water’s and Albert King’s guitar licks, reconstructing them in his own distinctive style on a beat-up electric guitar. And when he did venture out, it was to one of Toronto’s legendary blues dives to catch his heroes Luther Allison, B.B. King, Buddy Guy and Junior Wells, all of them regular visitors in those days to Walsh’s hometown of Toronto, Canada’s blues capital.

Walsh was a good student. He is recognized around the world as both a blues harp virtuoso with few equals, and an unusually expressive guitarist.

He wasn’t the only one, of course. They say Toronto’s built on the blues, but all across Canada the blues, particularly jump-style and Chicago blues that used to blast across the border from radio stations in northern U.S., is a basic, shared language.

Singer Chuck Jackson, tenor sax player Pat Carey, drummer Mike Fitzpatrick, bassist Gary Kendall, and pianist/organist Michael Fonfara – Walsh’s compadres in Downchild for the past decade and a half, and, he says, the “best musicians I’ve ever played with” – were soaking up the blues in their teenage years as well, in different parts of the country.

Walsh and his band mates have won countless music industry awards, including a Juno (Canada’s Grammy) for “Best Roots and Traditional Album” in 1991. They also received a Juno Award nomination in 2005 for “Blues Album of The Year” for their album Come On In. In 2007, Downchild was named “Entertainer of The Year” at the annual Maple Blues Awards (the Canadian equivalent of a W.C. Handy Award).

With more than 80 great musicians on the payroll during its long life, Downchild is a robust road beast, having racked up thousands of performances at concert halls, fairgrounds, saloons and roadhouses in every corner of the continent.

The inspiration for Dan Aykroyd and the late John Belushi’s fabulous creation, The Blues Brothers – they recorded Downchild’s “Shotgun Blues” and Walsh’s “(I Got Everything I Need) Almost,” the latter shortlisted as one of Canada’s Essential Songs in a survey conducted by the Toronto Star in 2007 – Downchild is an institution in their homeland, and revered by blues fans around the world.

Apart from its earliest incarnations, with Donnie’s brother, the late “Hock” Walsh as singer, Downchild was always more than a bar band. A party band, sure – good times guaranteed, just as it says on one of Downchild’s album titles. But musicianship of the highest order, sharp arrangements, strict adherence to its legitimate sources, slick pacing and a steely fix on the moods of its audiences, have always set Downchild apart. This has been a class act for the better part of its 40-plus year life.

Forty-four years on, Downchild remains a blues force, true to itself and without equal. About the reasons for Downchild’s success, Walsh is succinct and unequivocal.

“As for keeping a band together for as long as Downchild has been around, it’s an unspoken thing, finding a balance between what I need and what I know each musician can give. Every member of this band is well equipped to do what each of us wants and needs. Downchild has always been bigger than the sum of its parts, and I can’t really explain why.”

Sponsored by the Campbell River Mirror, 2Day FM and Coast Discovery Inn, the Tidemark Theatre and Gee Dan Productions proudly present, Downchild Blues Child with special guest Steve Hill at the Tidemark Theatre on June 24, 2016.   Tickets are $45.25 (plus applicable taxes & fees) and can be purchased at the Box Office on Tuesday or Friday between 12pm and 4pm.  Tickets are also available online:  tidemarktheatre.com.