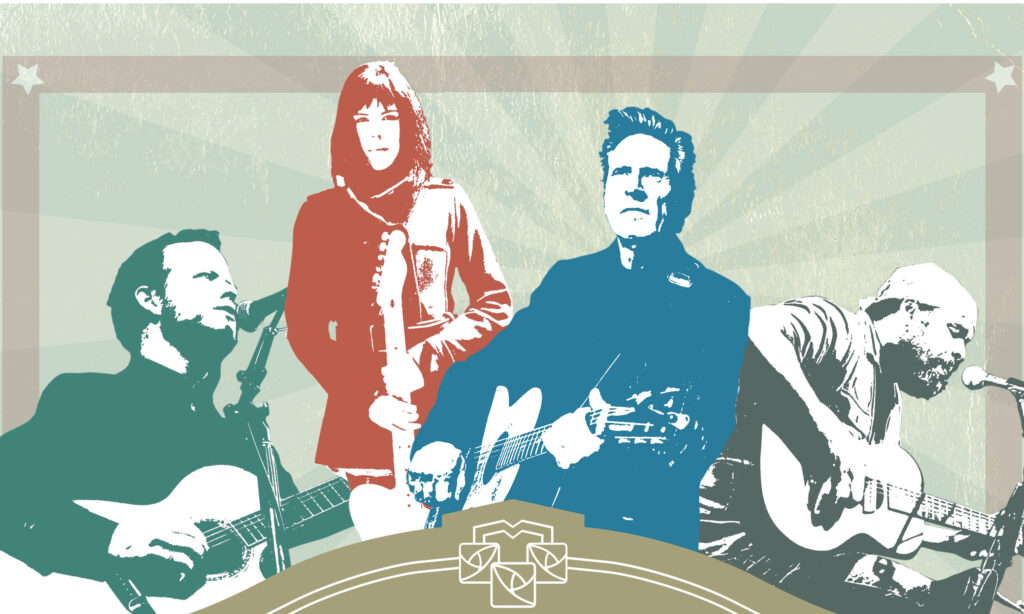 Hot on the heels of the highly successful inaugural run in the fall of 2014, Black Hen Music is proud to present the return of the Black Hen Travelling Roadshow Revue, with 9 concerts running from March 30th to April 9th, 2015. Helmed once again by Black Hen head honcho Steve Dawson, the 2016 Roadshow will feature Prairie Oyster crooner Russell deCarle, Montreal chanteuse Roxanne Potvin and iconic American bluesman Alvin Youngblood Hart, all joining Steve and his rhythm section to deliver a memorable night of classic old-time entertainment As the lead singer for the iconic country band Prairie Oyster, Russell deCarle is no stranger to awards and accolades. Over his career the CCMA Hall of Fame inductee has amassed an impressive array of Junos, CCMA’s, Platinum and Gold records and Number 1 singles. Not content to rest on his laurels though, DeCarle released his solo album “Under The Big Sky” in 2010, to rave reviews. One of the country’s most beloved and in demand performers, his instantly recognizable tenor resonates with a depth of feeling and experience drawn from more than four decades of making music.

Grammy Award winner Alvin Youngblood Hart is one of the world’s leading exponents of authentic Mississippi country blues. Known for his powerful voice and prodigious playing abilities, Hart is the real deal. He’s worked with greats such as Bo Diddley and Taj Mahal and has garnered praise and recognition from such iconic luminaries as Eric Clapton and Bob Dylan, to name only two. In demand the world over, Hart hasn’t toured Canada for some time, so his addition to the lineup is a real coup for the Back Hen crew.

Multiple Juno Award and Maple Blues Award nominee Roxanne Potvin has recorded with everyone from Colin Linden, to John Hiatt, to Bruce Cockburn, and toured internationally with the likes of Sue Foley and Blue Rodeo. As CBC Drive’s Rich Terfry put it, “her voice is like melted butter on mashed potatoes”, making her the perfect addition to this potent quadruple bill. She’s currently working on her 5th full-length album.

For most Canadian roots music fans, Steve Dawson needs no introduction. The label owner and in demand performer and producer is a true musician’s musician. Known by his peers as a dynamic bandleader and virtuosic performer, his ability to get the best of the people he works with is legendary. Steve is currently putting the finishing touches on a new album, set for release on the Black Hen label in advance of start of the Roadshow tour.

Presenters, the media and audiences alike, all raved about the first Roadshow Revue and round 2 promises to set the bar even higher. Drawing on a vast repertoire of songs old and new, these 4 consummate performers are sure to deliver an unforgettable night of entertainment that leaves audiences wanting more.

Sponsored by the Campbell River Mirror, 2Day FM, What’s On Digest and Coast Discovery Inn, the Tidemark Theatre proudly presents, Charlie Major at the Tidemark Theatre on February 20, 2016.   Tickets are $41 for members and $46 for non-members (plus applicable taxes & fees) and can be purchased at the Box Office on Tuesday or Friday between 12pm and 4pm.  Tickets are also available online:  tidemarktheatre.com.