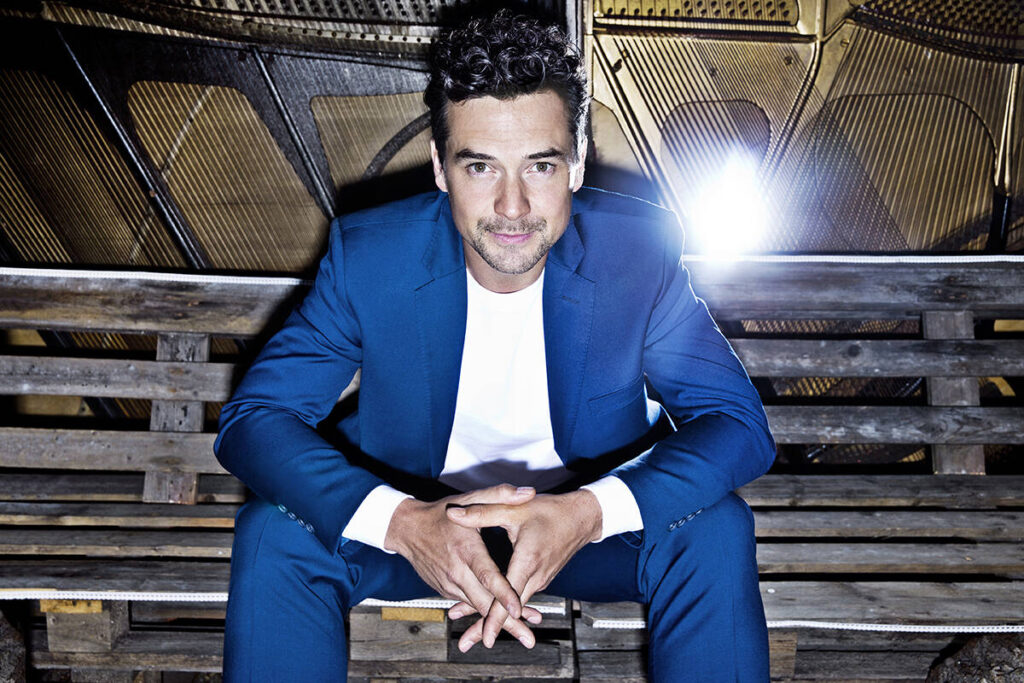 The Tidemark Theatre is thrilled to announce that award winning Canadian pianist and singer Michael Kaeshammer will be coming to the Tidemark on February 5th, 2022.

Michael Kaeshammer has invested a lot – countless hours at the keyboard, hundreds of recordings, thousands of live performances, millions of miles in the air and on the road – all in pursuit of a mastery of 12 notes across 88 keys. But for the acclaimed Canadian pianist and singer, there is no set destination, no achievable end point on his path; it’s all about the journey itself, and that journey will always be ongoing.

Over the course of decades as a professional performer, Kaeshammer has developed a style that weaves threads of classical, jazz, blues, boogie-woogie, stride, and even pop into a signature and sought-after sonic tapestry.

“When I play, I don’t worry about if it’s jazz or pop or classical or whatever; I just play what I hear and let the music decide what it wants to be,” begins Kaeshammer. “Sure, there are different styles, different eras, different approaches, but when you really look at it, it’s all just music based on 12 notes.”

Born and bred in Germany, Kaeshammer began performing club, theatre, and festival stages throughout Europe in his early teens and continued on that trajectory after emigrating to Canada’s West Coast with his family in the mid-‘90s. His first studio album, Blue Keys, dropped in 1996 and spurred a consistent sequence of heralded releases and high-profile international performances. Through it all, the world watched as he grew from child prodigy to full-fledged phenom; from unparalleled pianist to virtuosic songwriter.

“I do listen to a lot of music, but I’m not overly influenced by other people; it’s more about trying to learn something new every day,” muses Kaeshammer about his musical evolution. “I’ll take pretty much any opportunity if it’s going to help me discover new things and help me progress.”

Those opportunities have been as wide-reaching as the artist’s subsequent breadth of style, and include: opening slots for the likes of Ray Charles and Anne Murray; stints backing singers like Marva Wright, the late blues queen of New Orleans; co-writing sessions with rockers Randy Bachman and Colin James; official Olympic Games performances in several world cities; and TV specials on numerous networks – including 2020’s popular PBS Special Boogie On The Blues Highway.

Many of those experiences have also helped to hone his skills as a vocalist and lyricist to the point that Kaeshammer is equally at home when he takes the mic as he is letting his fingers lead the melody, as perfectly showcased on his latest LP via True North Records, 2018’s Something New.

“I love writing lyrics,” the artist enthuses. “I’m happier than I’ve ever been in my life and feel very grounded as an artist, a composer, and a performer, and the things I’m writing lately are conveying that – how lucky I am and how happy I feel and how grateful that makes me.”

Fans will soon get to enjoy more fruits from that harvest as Kaeshammer just released of a new live collection, and prepares for a new studio album tentatively titled Lucky Man.

It’s a particularly fitting label for this stage in an already-illustrious career; however, despite all the achievements and accolades – the JUNO Awards, the shows on iconic stages with international stars and symphony orchestras, the strings of stellar reviews from major media outlets – Michael Kaeshammer isn’t resting on any laurels; these are merely temporary stops on his journey, and as always, he’s solely focused on reaching the next one, and then the one after that.

“I’m definitely looking forward to what’s coming up,” he asserts, listing off upcoming shows throughout the U.S., Europe, and China in the coming months. “It’s all been so good, and it’s only getting better. I just can’t wait to keep going, to keep making and sharing music with the people that enjoy it.”

Indeed, his investments thus far have paid off, and will continue to as he carries on along his path, eyes anchored on the horizon and always pushing forward.

Sponsored by the BC Touring Council, Campbell River Mirror and the BC Arts Council – the Tidemark Theatre will present, Michael Kaeshammer on Saturday, February 5th at 7:30pm. Tickets are $32 for members and $37 for non members (+ applicable taxes and fees). Tickets can be purchased through the Tidemark Box Office (250.287.PINK) Tuesday through Thursday between 12 p.m. and 4 p.m. Tickets are also available anytime online via: tidemarktheatre.com.