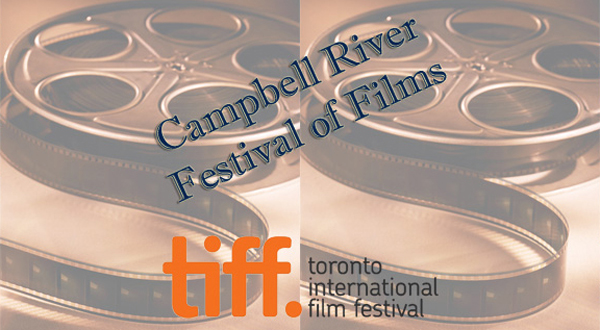 The Campbell River Festival of Films is pleased to announce its 2017 fall season in partnership with the Toronto International Film Festival (TIFF) and the Tidemark Theatre.

The CRFF will present a unique program of films on the following Tuesday evenings at 7:00 p.m. (doors will open at 6:30 p.m.):

This exciting fall season kicks off with the 2016 British war comedy-drama, Their Finest!  The year is 1940, London. With London emptied of its men now fighting at the Front, Catrin Cole (Gemma Arterton) is hired by the British Ministry as a “slop” scriptwriter charged with bringing “a woman’s touch” to morale-boosting propaganda films. Her natural flair quickly gets her noticed by dashing movie producer Buckley (Sam Claflin) whose path would never have crossed hers in peacetime. As bombs are dropping all around them, Catrin, Buckley and a colorful crew work furiously to make a film that will warm the hearts of the nation.

CRFF’s 2017 season’s passes will go sale on Tuesday Sept 5th at the Tidemark Theatre ticket office and on-line at tidemarktheatre.com.  The passes will sell for $50 (plus applicable taxes) and entitle the holder to five wonderful films and prize draws at each screening.   This season, as an extra bonus, the Campbell River Festival of Film are also including an evening of Short Films with each pass.  Individual tickets for each film may be purchased for $12 each.

CRFF’s partnership with the Tidemark Theatre enables movie goers to enjoy their unique films and also appreciate the wonderful ambiance of our community theatre.  With theatre doors opening at 6:30 p.m. and movies starting at 7:00 p.m., patrons have time to gather in the lobby before the movie to enjoy a glass of wine, take in the latest art exhibition in the Tidemark lobby, and visit with friends and other moviegoers.

The Festival has also built a successful partnership with the Toronto International Film Festival film circuit that allows the Campbell River group to book international films directly from Toronto that would not normally make their way to Campbell River movie theatres.

CRFF organizers want the community to know that all proceeds go directly back into our community.  Each year, bursaries and camera equipment are given to local students and schools.  In previous years, the Festival has put on bonus screenings that have helped to raise thousands of dollars to support various worthwhile programs in Campbell River.

So, head down to The Tidemark Theatre Box Office or go online at tidemarktheatre.com to purchase your seasons passes before they sell out!  If you buy your tickets on-line please try to drop by the Tidemark before Sept 19th to pick them up. Otherwise there will be a long line up at the ticket counter on the first night.

For further information, please contact the Tidemark Theatre or CRFF at camrivff@gmail.com.