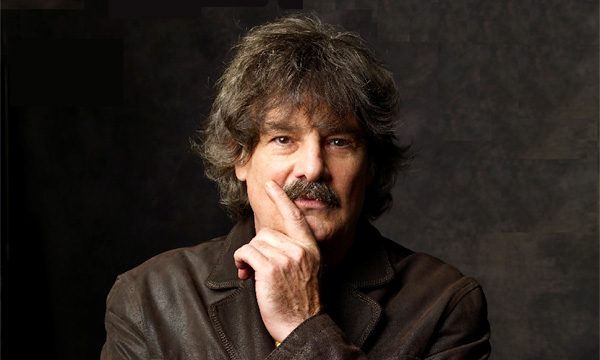 Few artists have achieved the level of public success and critical acclaim that Burton Cummings has enjoyed. His musical creations continue to resonate with fans both old and new. In a dazzling career spanning more than forty years Cummings continues to uphold his impressive reputation as a performer, singer, songwriter and recording artist.

With Canada’s original rock ‘n’ roll superstars The Guess Who, Burton scored an unprecedented string of international hit singles and albums, including These Eyes, Laughing, No Time, American Woman, Share The Land, Hang On To Your Life, Albert Flasher, Sour Suite, Orly, Glamour Boy, Star Baby, Clap For The Wolfman and Dancin’ Fool, all written or co-written by Burton. Upon leaving the Guess Who to go solo in 1976, Cummings earned a gold record with his debut solo single, “Stand Tall.” Then came more than a dozen hit singles and albums including “I’m Scared”, “I Will Play a Rhapsody”, “Timeless Love”, “Break It To Them Gently”, “Fine State of Affairs”, “You Saved My Soul”, My Own Way To Rock and Dream Of A Child. That latter disc became the first quadruple platinum-selling album by a Canadian artist.

With the Guess Who he earned the first US platinum album by a Canadian artist, and on his own the first quadruple platinum Canadian-produced album. Altogether, Burton has earned some 80 platinum and gold record awards. Recently, the best-selling book The 100 Top Canadian Singles ranked “American Woman” the greatest Canadian single of all time. He also enjoys a world-wide stature shared by only a select few Canadian artists.

The consummate artist, performer and professional, Burton Cummings possesses an extraordinary gift for entertaining. As a concert draw, he is second to none, delighting audiences from 10 to 10,000. His most recent album, 2008’s critically-acclaimed Above The Ground, was his first ever to feature all original songs by Burton. Fans and critics alike glowed with superlatives citing the album as his best work in decades. Canadian Rock Music royalty, Burton Cummings remains at the top of his game as an unrivaled singer, songwriter and recording artist.

This special, anniversary celebration event has been made possible by the generous support of the City of Campbell River, the Campbell River Mirror, What’s On Digest and Coast Discovery Inn.  The Tidemark Theatre proudly presents, Burton Cummings, Up Close and Alone at the Tidemark Theatre on October 4, 2017.  Tickets are $60 for Members and $65 for Non-Members (+applicable taxes and fees) and can be purchased at the Box Office Tuesday through Thursday between 12pm and 4pm.  Tickets are also available online:  tidemarktheatre.com