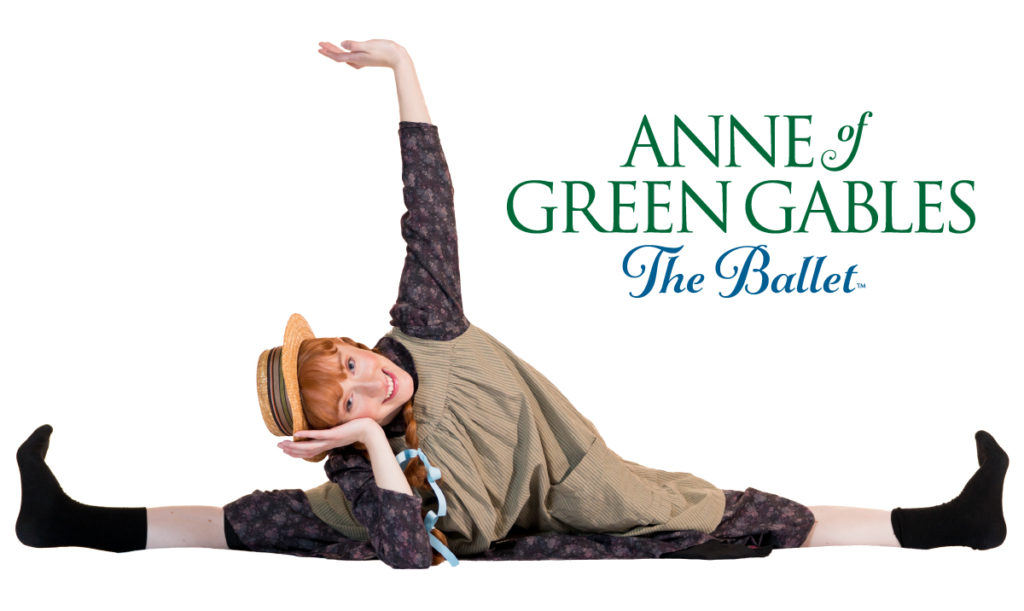 The Tidemark Theatre and Greig Seafood are proud to present, Anne of Green Gables – The Ballet™ on February 5th, 2020.

Choreographed by Bengt Jörgen, Anne of Green Gables – The Ballet™ is a playful, colourful and evocative production that will transport audiences to early 20th century Atlantic Canada. Based on the beloved Canadian novel by Lucy Maud Montgomery, Anne of Green Gables – The Ballet™ follows the adventures of Anne Shirley, an orphan girl sent to live on a farm in the fictional town of Avonlea, Prince Edward Island.

“Anne of Green Gables – The Ballet™ has received incredible audience responses across Canada and the United States since it premiered in September, and I believe we have created a ballet that all Canadians can be proud of. This is the largest tour in the Company’s history, and we are excited to be able to share it….” says Mr. Jörgen.

Canada’s Ballet Jörgen’s Anne of Green Gables – The Ballet™ is the first time the story has been authorized for creation as a full-length ballet and is made possible through the assistance of the heirs of Lucy Maud Montgomery and in partnership with the heirs of Norman Campbell and Don Harron.

The ballet premiered in Halifax, NS on September 28 with two sold out performances with Symphony Nova Scotia and has since toured to Markham ON, Quebec, Utah, Idaho and Colorado. The Anne of Green Gables – The Ballet™ tour will resume on January 12, 2020 with performances across Ontario, British Columbia, Alberta, Saskatchewan, Manitoba, New Brunswick, Prince Edward Island and the United States – arriving at the Tidemark on February 5th, 2020.

Directly following the performance will be a reception hosted by Grieg Seafood BC to celebrate their 20th anniversary in 2020. Join some of the Grieg team in the Tidemark’s lobby as they toast to 20 years in BC. Anne of Green Gables inspired appetizers and refreshments will be provided.

Canada’s Ballet Jörgen is Canada’s fifth largest ballet company and the nation’s only major ballet company with a repertoire consisting exclusively of original works. It was founded in 1987 by Susan Bodie and Bengt Jörgen and is based in Toronto, Ontario. The company also has hubs in Ottawa, Hamilton, Kitchener-Waterloo, and Halifax. Many of Canada’s Ballet Jörgen ballets have earned national and international recognition propelling the company to the forefront of the North American dance scene.

Sponsored by the Campbell River Mirror, 99.7 2DAY FM and What’s On Digest, the Tidemark Theatre and Greig Seafood present, Anne of Green Gables – The Ballet™ at the Tidemark Theatre on February 5th, 2020. Thanks to our partnership with Greig Seafood for this special presentation of professional ballet, we are able to offer the following accessible ticket prices to our audience members:  $42 for non-members, $37 for members (adult), $32 Senior/student 17 & under (+applicable taxes and fees). Tickets can be purchased at the Box Office Tuesday through Thursday between 12 p.m. and 4 p.m. Tickets are also available online: tidemarktheatre.com OR 287-PINK!