Home » Canadian Soul-Bluesman Returns to the Tidemark Theatre This February

Canadian Soul-Bluesman Returns to the Tidemark Theatre This February 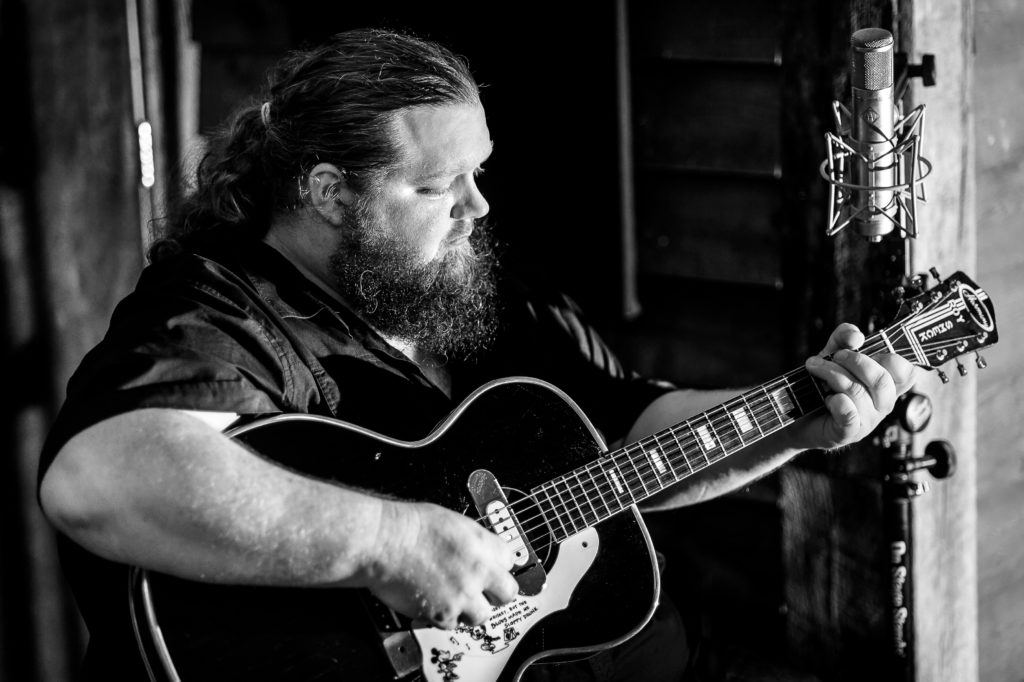 A powerhouse performer with a giant, soul-filled voice and commanding stage presence, Matt Andersen has built a formidable following the old-fashioned way: touring worldwide and letting his stunned audiences and new devotees spread the good word of his righteous tunes all over. And the world has indeed woken up and discovered him, helping him amass over 18 million views on YouTube. In addition to headlining major festivals, clubs and theatres throughout North America, Europe and Australia, he has shared the stage and toured with Bo Diddley, Buddy Guy, Greg Allman, Tedeschi Trucks Band, Randy Bachman, Little Feat, Jonny Lang, Serena Ryder, and more. Andersen nabbed the 2013 and 2016 European Blues Award for Best Solo/Acoustic Act, three Maple Blues Awards in 2012, and was the first ever Canadian to take home top honours in the solo/duo category at the 2010 International Blues Challenge in Memphis. Since the release of Weightless in early 2014, Andersen has received a JUNO nomination for Roots & Traditional Album of the Year, a CIMA Road Gold award, and six Maple Blues Awards for Male Vocalist of the Year.

Andersen will be touring his new album, Halfway Home by Morning. Recorded live off the floor in Nashville, Tennessee, celebrated songwriter Matt Andersen’s tenth album collects all the essential elements for a down-home ramble and shoots them through with enough electrifying energy to drive the rock ‘n’ roll faithful to simmer, shimmy, and shake. Over its lucky 13 tracks, he explores every facet of his sound—sweat-soaked soul, incendiary rhythm and blues, heartbroken folk, and gritty Americana—and binds them together with palpable heart, as the band leaves everything they’ve got on the sweet old hardwood of the Southern Ground studio, in the same spot that legends like Neil Young, Emmylou Harris, and Jerry Lee Lewis turned up the volume ‘til it couldn’t go up anymore.

Along with the infiltrating buzz of Music City putting its stamp on the record, the studio itself became like a second home for Matt and the band. He and bassist Mike Farrington would routinely kick back with a drink and just listen to the horn section reminisce about the players they’d shared the stage with, and the kitchen took on its typical all-important role as war room, the spot where meals brought the whole crew together to plot next steps. Sometimes it’s tension that shapes a record. But what Halfway Home by Morning offers is soul rejuvenation, looking outward at the anxious state of the world and offering a helping hand, or searching inward to clarify what really matters. And to make a record like that, with warmth and verve, you need to keep your comrades close and feelin’ right. “There really is nothing like listening back in the studio and everybody has the same smile on their face over what we’re hearing,” Matt says. “You can’t fake the vibe of musicians playing together, responding to the choices others are making in that moment.”

Of course, fake vibes were never a threat to Matt. The native New Brunswicker has proven time and time again, on stages everywhere from clubs to theatres, that he’s the genuine article. And Halfway Home by Morning is as honest and compromise free as anything he’s ever done. It stands apart, though, injected with that feelgood swagger that comes from everyone making a racket in the same room. “What Would Your Mama Say?” opens things up on with a slithering groove, introducing us to the velvet smooth backing vocals of The McCrary Sisters. Amy Helm joins the party to slow burn the place down on “Something to Lose,” a righteously tender duet that explores the long, scarred, and loving history of a relationship. “Gasoline” blazes appropriately with horn blasts and tambourine shuffle, as Matt urges all good people of the world: “Let’s start living and forgiving like we’re running out of time.” The acoustic bounce of “Long Rider” belies its road dog lament, pumping ragged soul like they’ve got just enough in the tank to get home. “Been My Last” is a devotional for the ages, with pedal steel sweeping in to burst your heart. And things finish on a relatively sparse, but overwhelmingly poignant note: “Quarter on the Ground (A Song For Uncle Joe)” recalls a conversation between Matt’s mother and uncle, as the latter wishes he could hear Joe’s voice over the phone just one more time.

It should come as no surprise that such a commanding performer, set loose on tape, has built a record that’ll make you dance uncontrollably, weep unashamedly, and fill up any dark spots in your soul with a blast of sonic light. Nearly two decades into his career, still armed with his signature room-shaking, heart-quaking voice, Matt Andersen can’t fail. Halfway Home by Morning is the sound of an artist doing what he was born to do—laying his soul bare using the music that can’t help but run through him. And doing it with more jubilation than he ever has before.

Joining Andersen on his tour is award winning blues/soul troubadour, Shaun Kirk. Hailing from the music filled streets of Melbourne, Australia; Kirk is a born entertainer who’s world class live show is pushing the boundaries and taking audiences by storm.

Kirk’s gritty vocal abilities come from a place beyond his years and has seen him labelled as “one of the finest blues voices Australia has ever heard” (Buzz Mag); whilst his vintage guitar tones and raw grooves pay homage to his influences of both yesteryear and today to create a sound of his own.

Following a huge 2018 which saw the release of two brand new singles ‘Howlin at the Moon’ and ‘Save My Soul’, some 20 sold out shows across Australia & New Zealand, and the fourth appearance of his career at the world famous Bluesfest, Byron Bay; Shaun’s long awaited and highly anticipated self titled EP is out now.

Sponsored by the Campbell River Mirror, 99.7 2DAY FM and What’s On Digest, the Tidemark Theatre and Gee Dan Productions presents, Matt Andersen with special guest Shaun Kirk at the Tidemark Theatre on February 13, 2020. Tickets are $55 (+applicable taxes and fees) and can be purchased at the Box Office Tuesday through Thursday between 12 p.m. and 4 p.m. Tickets are also available online: tidemarktheatre.com OR 287-PINK!