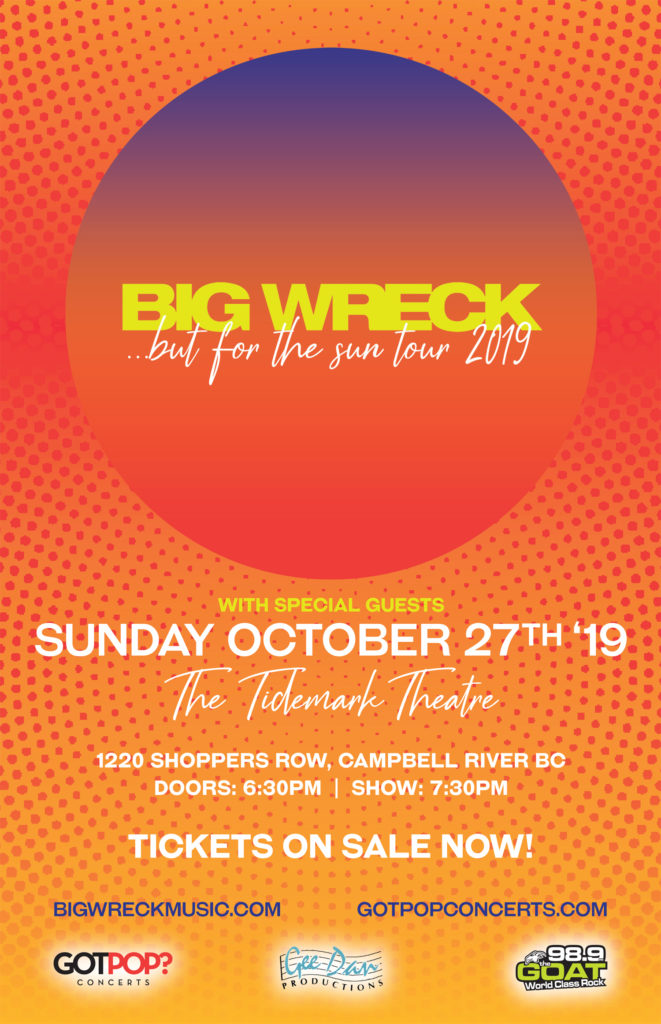 Big Wreck was formed in Boston in the early 90’s by Toronto-native (guitars / vocals) Ian Thornley and Americans Brian Doherty (guitars), Forrest Williams (drums) and Dave Henning (bass), students at the Berkley School of Music.  Their 1997 debut album, In Loving Memory, is certified double platinum in Canada and featured the chart topping singles “Blown Wide Open,” “That Song” and “The Oaf”.

In 2002, the band broke up following the release of their sophomore album, The Pleasure and The Greed, after which Ian Thornley formed the band Thornley who also enjoyed rock radio success with several singles.

In 2010, Brian Doherty filled in on guitar at a Thornley show and shortly thereafter, he and Ian started working on new material that would be, once again, christened Big Wreck.  Their first single as a reunited Big Wreck, “Albatross,” became the band’s first #1 single at Rock radio in Canada. Since then, they have released three new Big Wreck albums (Albatross – 2012; Ghosts – 2014; Grace Street – 2017).  In the winter of 2018 Big Wreck began recording their sixth studio album with producer Erik Ratz.  It was during the recording that Doherty was diagnosed with cancer which tragically took his life this past Spring after the new album was completed.  Big Wreck’s latest album will be released later this summer followed by extensive touring.  The release of the album was preceded by the Top 5 Rock Radio hit “Locomotive.”