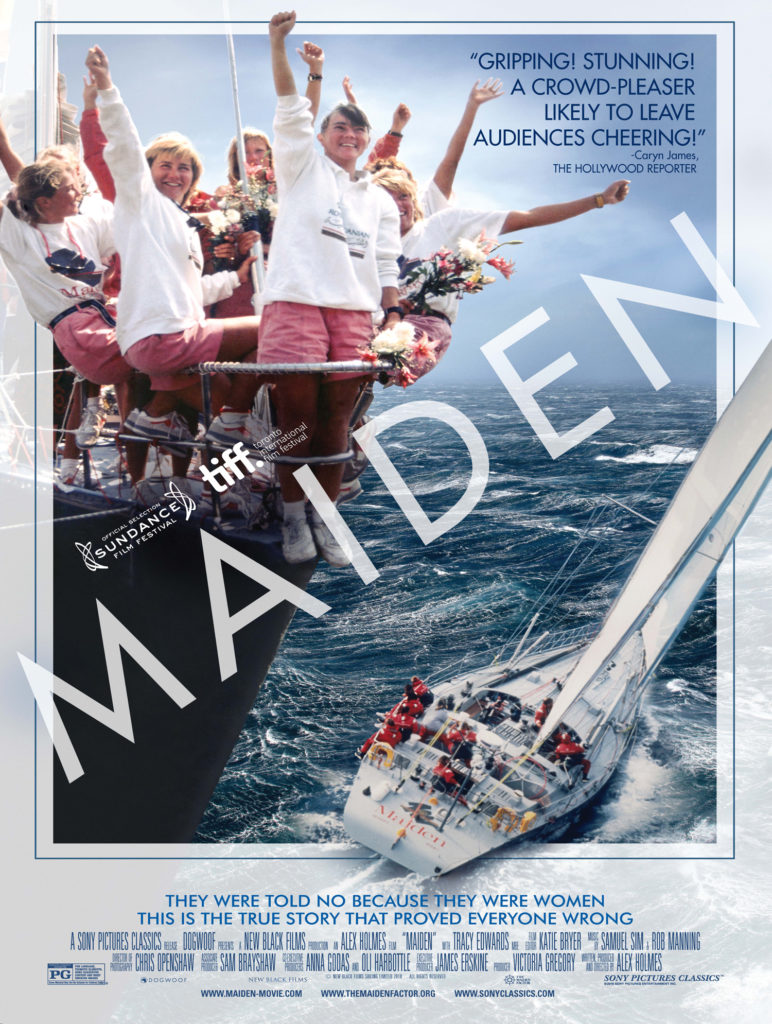 The Whitbread Round the World Race (rechristened the Volvo Ocean Race in 2001) was considered an exclusively masculine endeavour when Edwards came along and, in the face of much sexist condescension, proved that skill, perseverance, and courage at sea know no gender.

Maiden traces Edwards’ formative experiences: the idyllic childhood that came to a devastating halt with her father’s death and the adolescent rebelliousness that resulted in her expulsion from school. At 16, she ran away to Greece, where she had her first taste of the seafaring life, rapidly graduating from cook to deckhand to first mate. She was still in her mid-twenties when she became determined to participate in the Whitbread with a crew of talented women from around the world.

With its fundraising challenges and heated rivalries, the journey to prepare the Maiden was already complicated. But it was just the beginning of an epic adventure.

Holmes crafts a captivating braid of archival materials and new interviews in which Edwards and her crew members — all of them rousing storytellers — collectively narrate their experience. It is a classic tale of people contending with the elements, though, in this case, some of those elements are other people. In a televised interview filmed before the Maiden set out, Edwards explains that she simply wants to be able to pursue her passion… and prove the all-male sailing establishment
wrong.

On this evening we will also have Ian Kerr in attendance to present his short film Churchill.

Churchill, won the Cinematography Award in the category of small budget films at last year’s Wildscreen Festival. A blurb on the Wildscreen website bills the seven-minute film as an “experimental visual poem dedicated to the town and polar bears of Churchill, Manitoba.”

The award for Churchill is the latest in a series of honours for Ian.  He’s also the winner of an Emmy, a Gemini and a number of other accolades.